‘The Young And The Restless’ Spoilers: Victoria Suspects Victor Of Sabotage – Is Travis Responsible For Newman Oil Disaster? 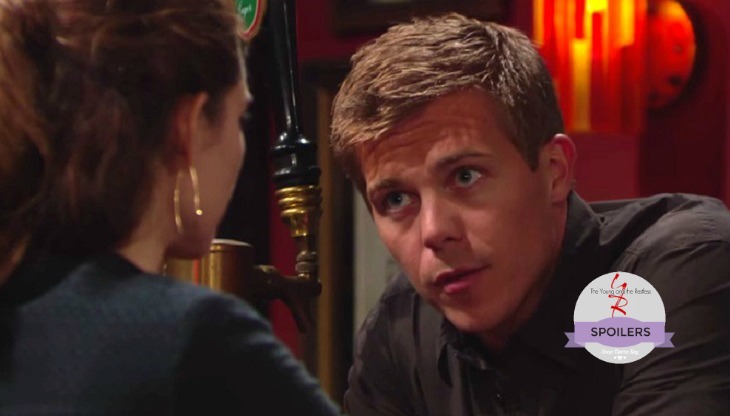 ‘The Young and the Restless’ spoilers tease that there is no shortage of suspects when it comes to the question of who is sabotaging Victoria [Amelia Heinle]. Nick [Joshua Morrow] suspects Billy [Jason Thompson] but Victoria is certain Billy has his hands full with his love life at the moment.

Who is behind the oil rig disasters? Even though Nick may have good reason to suspect Billy, Victoria’s mysterious new boyfriend Travis [Michael Roark] might just be the one behind all the damage being done. ‘Y&R’ spoilers suggest that even the devious Luca [Miles Gaston Villanueva] thinks Travis is behind the disaster.

After all, the guy is a former Wall Street broker whose specialty was the oil industry. And Travis just happened to show up in Genoa City and meet Victoria? Coincidence or conniving?

Victoria isn’t buying that it’s Billy or Travis or even Luca. Victoria is convinced that Victor [Eric Braeden] is behind the attacks on Newman Enterprises. Victor has disowned Victoria and this wouldn’t be the first time Victor has set out to coordinate the downfall of one of his children.

‘The Young and the Restless’ fans know that Victor can destroy anyone’s life, even from a solitary confinement. At this point Victoria is convinced it’s Victor’s machinations but the CEO of Newman Enterprises will be pulled in many directions as everyone begins pointing fingers at each other.

Related: Justin Hartley Begins Filming Primetime’s ‘This Is Us’ – Will He Stay At ‘Y&R?’

Who is behind this sabotage of Newman Oil? Don’t discount Ian Ward [Ray Wise] who has certainly had an agenda even before he arrived in Genoa City. Certainly Adam [Justin Hartley] can’t escape suspicion, can he? Justin and Victoria have never had a warm and fuzzy sibling relationship.

‘The Young and the Restless’ fans who do you think is behind this oil rig sabotage disaster? In Victoria’s mind the obvious perpetrator is Victor. But Is Nick right, is it Billy? Is Luca right, is it Travis? Or is Luca blaming Travis because he’s the one trying to bring down Victoria?

‘The Bold And The Beautiful’ Spoilers: Ridge And Brooke Reconnect – Furious Ridge Confronts Bill About Affair