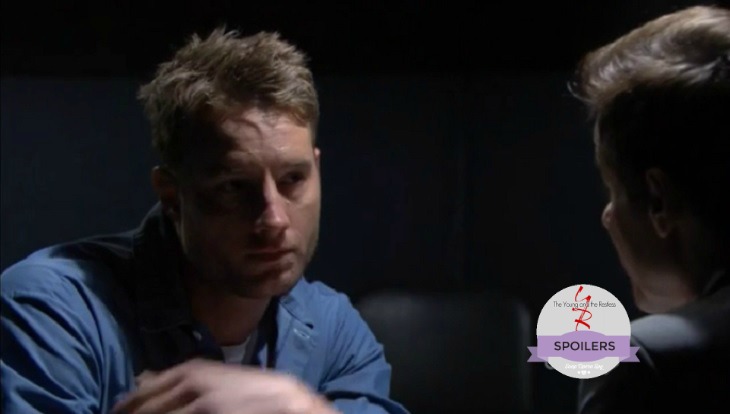 “The Young and the Restless” spoilers for Thursday, August 11, tease that Michael (Christian LeBlanc) will offer encouragement to Adam (Justin Hartley). Since Chelsea (Melissa Claire Egan) is in Chloe’s (Elizabeth Hendrickson) corner, Adam feels like no one is on his side. Michael will try to help Adam realize that he’s not alone. Some fierce people are out there fighting for him.

Chelsea is wrong about Chloe, but she still cares about her husband. She’ll continue to take a stand against Victor (Eric Braeden), but she may want to be careful. Victor will point out that he’s Adam’s only hope. It’s so typical of Victor to throw around this type of attitude when he’s the one who put Adam behind bars.

Related: Chloe’s Scheme To Frame Adam In Jeopardy – Will She Give Up To Save Bella? 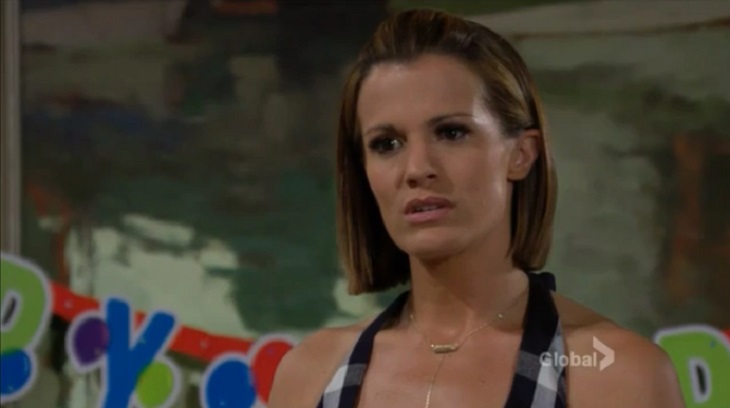 Now Victor has lost control of his accomplice and Adam has been forced to wait in the slammer. Until Victor can find some way to put Chloe in her place, Adam will have to suffer without his family. Poor Adam will undoubtedly sink deeper into this pit of despair.

At least Dylan (Steve Burton) believes Chloe is the mystery woman. Chelsea and Kevin (Greg Rikaart) aren’t convinced, but Dylan is definitely on the right track. He’s determined to get to the bottom of all this and secure Adam’s freedom. Unfortunately, Paul (Doug Davidson) is about to make that a little more difficult. 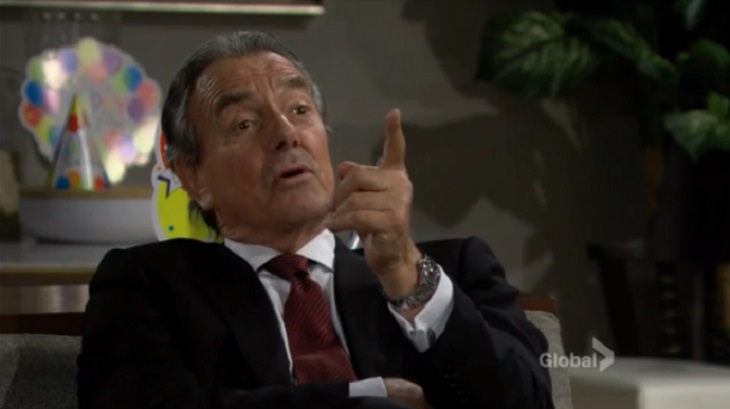 “The Young and the Restless” spoilers indicate that Paul will get updates on Dylan’s secret investigation. He’ll be outraged by the news that Dylan deliberately disobeyed his orders. Paul will contend that Dylan needs to understand how things are supposed to go down at the GCPD. He’ll insist that Dylan can’t just do whatever he wants.

Dylan will argue that he’s trying to save an innocent man. Adam deserves justice and Dylan intends on making sure he gets it. Paul won’t care what Dylan’s motives are. Thursday’s preview video shows Paul shouting, “Until you can learn to work within the system, you do not deserve to wear that badge!” 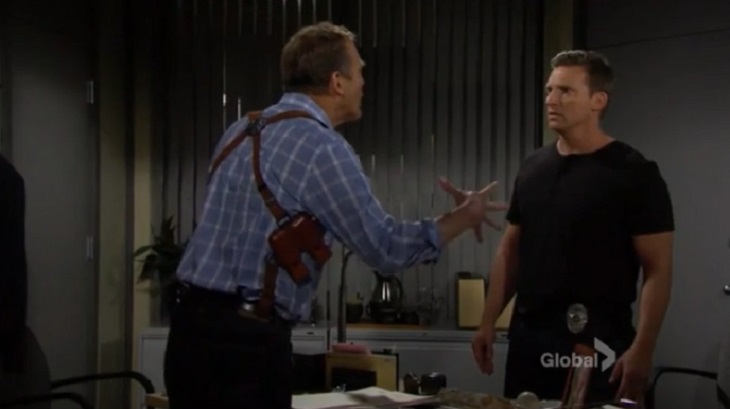 It sounds like Dylan’s job could be in jeopardy if he doesn’t straighten up and play by the rules. He’ll certainly be in some hot water with Paul. Will Dylan keep fighting the good fight with or without Paul’s approval? Y&R rumors hint that more tension is coming up. Stick with the CBS soap to see what’s in store.