‘The Young and the Restless’ Spoilers: Jack Isn’t Backing Off – New Attitude Sticks 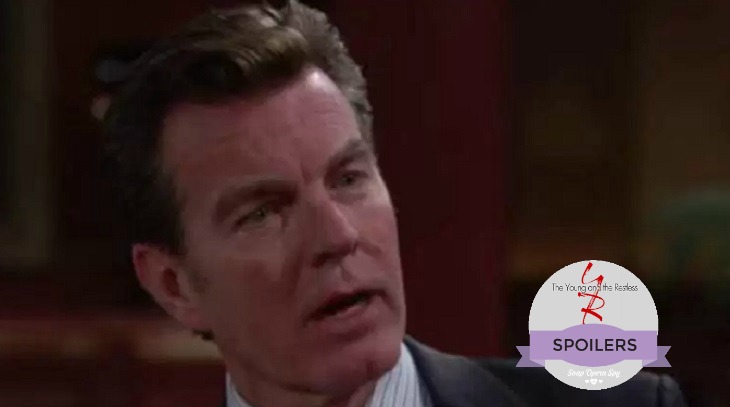 Jack (Peter Bergman) is simply protecting himself on ‘The Young and the Restless’. That makes perfect sense considering what Victor (Eric Braeden), Marco (also Bergman), Phyllis (Gina Tognoni) and Billy (Jason Thompson) did to him and in that order. Yes, ‘Smilin’ Jack’s’ new attitude sticks until further notice.

So he tried to avoid playing games with the ‘Moustache’. At the same time Jack assumed that neutral stance, Phyllis was involved with his brother.

Jack was in the dark for months and ‘Philly’ proved to be far more than a momentary lapse in judgment. That ill-fated union directly paved the way to ‘Phack’s divorce.

After all that Jack has done for that relentless goof, Billy, said bungler fixed his mind on hurting his older sibling. And boy did he ever. So much so that a rapprochement is unlikely during in this decade. Well, this is soap, so the Cold Abbott War could last at least through 2017.

Where Jack’s revamped approach to life in Genoa City leads is anyone’s guess. But, he’s doing what he feels he must in order to survive psychologically. In time he’ll come to live again. But, losing the love of his life and in this manner, for the second time no less, rightfully has resulted in fallout for all who are connected to him in any way.

Phyllis has come to accept Jack’s view of her. She believes there’s no hope for their relationship to be restore after initially having hope and a plan. Billy continues to remind Jack that they’re still brothers, but that message is being blocked. As for Ashley (Eileen Davidson), she should cut Jackie some slack and stay focused on her Jabot Go app.

Then, there’s Brash and Sassy. Yes, Jill’s (Jess Walton) company that Jack just unceremoniously evicted from the building he controls. All principles connected to that entity should bite their collective tongues and get out because the current edition of Jack Abbott is up for a fight. And this guy isn’t so nice anymore.