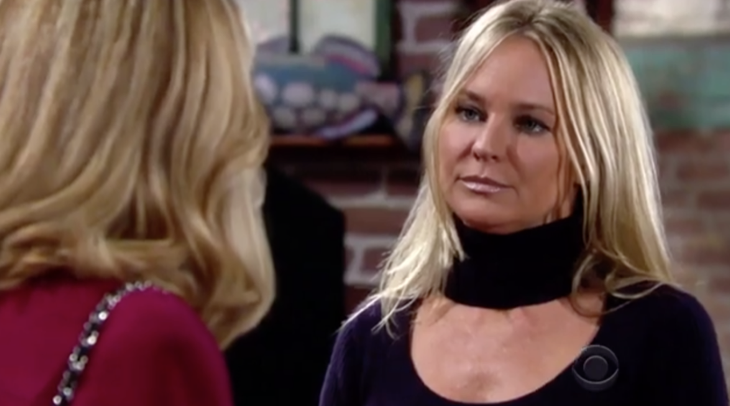 ‘The Young and the Restless’ (Y&R) spoilers for the week of Monday, November 28th through Friday, December 2nd tease that as the battle begins, sides will be chosen and lies will be exposed.

In recent events on Y&R we all witnessed as Travis Crawford (Michael Roark) cheated on Victoria Newman (Amelia Heinle) and did not come clean to her about it, instead he proposes.

In the newest CBS “The Young and the Restless” promo video you see Billy Abbott (Jason Thompson) telling Victoria Newman that he can’t keep quite anymore and then you see her telling Travis she wants the truth. So it seems that his lie is finally about to be exposed. So will Victoria forgive him or send him packing?

You also see Dylan McAvoy (Steve Burton) telling his wife Sharon (Sharon Case) that he is going to sue for visitation of Christian. So now the battles begin and this is where sides will be chosen. Do you think Dylan has a chance? Nick Newman (Joshua Morrow) will not go down without a fight.

Nick Newman tells Chelsea Newman (Melissa Egan) that he is not sharing his son with nobody. He has every right to feel that way. It’s possible though that Chelsea will try to convince him otherwise since she feels for Dylan and Sharon.

If Victor Newman (Eric Braeden) has anything to do with it, Dylan will not stand a chance. As far as Travis goes he will probably be feeling the wrath of “The great Victor Newman” as well once the truth comes out about his cheating. We all know Victor will do anything to protect his family and there is no limitations on how far he will go.

So Y&R fans looks like we have a big week coming our way. So stay tuned to CBS’s “The Young and the Restless” to see how everything unfolds. Don’t forget to check often with Soap Opera Spy for all your latest Young and Restless spoilers, news, updates, and more.

Next on #YR… As the battle begins, sides will be chosen and lies will be exposed.

‘General Hospital’ Spoiler: Liz Knows Tom Is Stalking Her, She Makes Move Against Him – How Far Will She Go?