The Young and the Restless Spoilers: Family Divided – Victor Forces Nikki To Choose A Side In Dylan And Nick’s War Over Christian 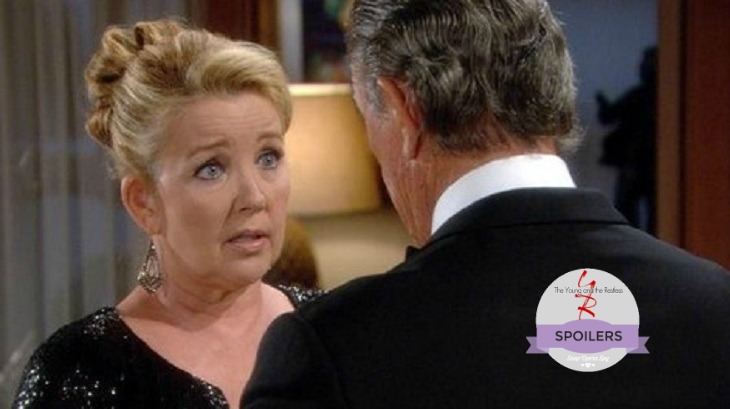 The Young and the Restless (Y&R) sources show that Nikki Newman (Melody Thomas Scott) is about to be caught in the biggest, most heart-breaking battle of her life.  She has been working overtime these past few weeks, determined to be there for her sons who are both victims of Sharon’s lies and manipulations.

Of course, the fact that Christian is alive and well, is a miracle for the Newman family, especially for Nick (Joshua Morrow), who had been mourning the loss of both his wife, Sage (Kelly Sullivan) and his baby boy Christian.

The miracle is great for everyone close to Nick, except for his brother, Dylan McAvoy (Steve Burton) who learned the son he had been raising was in fact Nick’s son.

When Dylan declared to Nick that he was seeking custody of Christian, he literally declared war on his own brother.  The Newman house is divided, well at least his parents are.

Nick’s dad Victor (Eric Braeden) and sisters, Victoria (Amelia Heinle) and Abby (Melissa Ordway) are behind him one-hundred-percent, but not his mother Nikki, which is actually shocking to him that she would choose any side but his, considering what happened.

The Young and the Restless’ Nick Newman is not the only one furious at Nikki.  Her husband, Victor is about to pull a power trip on her, with an impossible ultimatum.  He is going to force her to choose between her sons, Nick and Dylan.  Nikki is flabbergasted; she fully expected her husband to show her at least a little support and compassion, especially since it wasn’t even Dylan’s fault to begin with.

Nikki is caught between her two sons and no one seems to understand, least of which, her husband.  Is she really willing to risk her marriage to help her devastated and vulnerable son?  Dylan’s life is in shambles and he lost the one thing in life he has always wanted: a son!!

Be sure to tune into CBS’ The Young and the Restless to catch up on this story and so much more.  Check Soap Opera Spy often for updates, news, rumors and spoilers!

‘The Bold and the Beautiful’ Spoilers: There Is No Happily Ever After On Soaps – Will Deacon Come Back To Cause Trouble For Quinn?

‘Days Of Our Lives’ Spoilers: Abigail Convinced Chad Is In Love With Gabi – Is ‘Chabby’ Really Over?