‘The Young and the Restless’ Spoilers: Dylan Pushed Offtrack By Sharon – Christian Lawsuit is Kooky 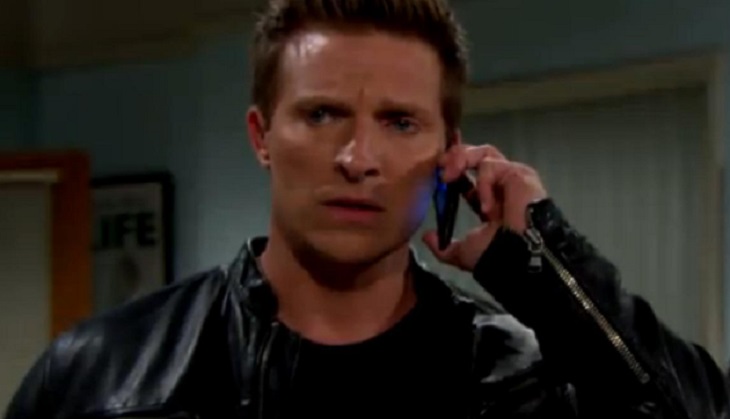 Dylan (Steve Burton) isn’t generally a disruptor on ‘The Young and the Restless’. But Sharon’s (Sharon Case) chaotic influence has pushed him offtrack since the Sully-is-actually-Christian reveal dropped. Dylan’s not thinking straight, which is why he rejected Sharon’s kooky idea to sue for visitation and then told Nick (Joshua Morrow) that’s exactly what he was going to do less than an hour later.

Anything is possible. So the point of this piece isn’t whether Sharon’s idea might actually have legal merit. Legality isn’t morality, not that she cares.

Related: Billy Orders Travis To Confess He Cheated – Will Victoria Dump Him?

The real issue is that outside observers can see just how far removed Dylan is from his own sense of self. He wouldn’t normally start a fight with a brother who he likes and trusts. However, Sharon’s bad influence is the origin of his actions.

Free will exists within all people. Arguments are made otherwise, which basically reduces humans to evolved animals. But progressive thought has moved past simple-minded conclusions ages ago. Using this view of reality as a base, Dylan is responsible for choosing to take Sharon’s cue and then acting on it.

Nick was previously married to Sharon and nearly married her again, until Phyllis’ (Gina Tognoni) revival from a coma saved him from that mistake in the fall of 2014. He knows that Dylan is being swayed by Sharon. Nick has often been rolled through that ringer (washer) himself. By the way, ringer washer represents a search engine worthy reference for younger readers who may be interested in learning about how women of strength and character had to work back in the day. Yes, those solid souls were the opposite of Sharon.

Related: Family Divided – Victor Forces Nikki To Choose A Side In Dylan And Nick’s War Over Christian

Family-oriented isn’t an old-fashion term. No, it’s timeless. The concept is simply – one places one’s family above her (or his) own interests, be that 100 years ago, or in modern times. Compare that ideology to Sharon keeping Sage (Kelly Sullivan) and Nick’s baby for a year. Consider the rampant selflessness of scores of past generations to Sharon talking to an averse Michael Baldwin (Christian LeBlanc) at a Thanksgiving Day party about suing Nick for forced legal access to see a child that isn’t even hers. Oh Dylan, wake up.

‘The Bold and the Beautiful’ Spoilers: RJ Helps Ridge Recreate Past Romantic Moment – Determined To Stop Brooke And Bill’s Wedding