‘The Young and the Restless’ RUMOR: Gloria Uncovers Bella’s Paternity – Chloe Knows She’s In For A Fight 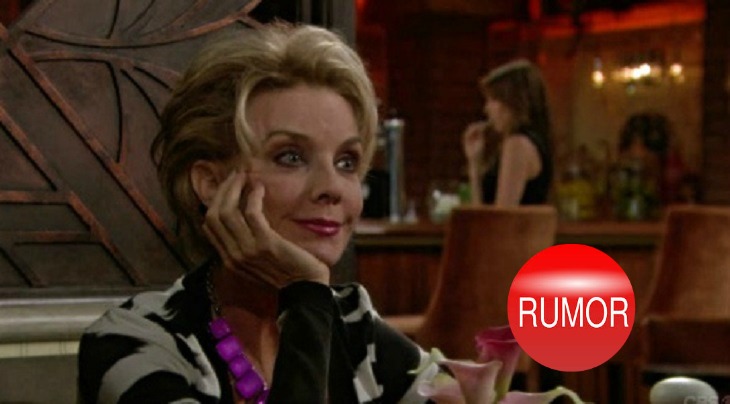 Gloria (Judith Chapman) is back with typically great flair on ‘The Young and the Restless‘. Her first target is Chloe (Elizabeth Hendrickson), who Gloria believes is rooking her boy Kevin Fisher (Greg Rikaart). She wants to know who Bella’s (Cali May Kinder) father is and will learn his identity in the New Year.

Billy (Jason Thompson) is the dad of choice who’s been teased from the beginning. But it’s always possible that a face from the past could be confirmed as Bella’s father.

Then again, Gloria could come to learn that Kevin is a dad after all. In that instance, she would instantly embrace her granddaughter much to the chagrin of Chloe and Esther (Kate Linder).

It would be a shame if Mr. Bardwell doesn’t descend on Genoa City as well. Like Tristan Rogers (Colin) is to Jess Walton’s Jill, Shackelford plays a great foil to Chapman’s character.

Having plenty of time on her hands, Gloria will be on top of Chloe. Chapman’s character is wise beyond her exterior. Hardly the scatterbrain she portrays herself to be, when one of her cubs is in trouble Gloria makes sure to fight for them using whatever means is necessary.

Longtime viewers recall the memorable scenes Chapman played with Jerry Douglas (John Abbott) during the last decade. She became his last wife, twice, but both marriages were ruled to be legally invalid. Jack (Peter Bergman) was heavily involved in battling Gloria over her part of his father’s estate. Considering John, Junior’s current state of mind it would seem fitting to reignite confrontations between these characters.

A tense ending to John’s life saw him jailed for the murder of Tom Fisher (Roscoe Born), who was Gloria’s abusive husband. His famous moniker ‘Terrible Tom’ was applied by Kevin, who was often locked in a closet by his dad when he was a child. Michael left his family during that time frame, in scenes that predated LeBlanc’s arrival on the show, which enabled Tom to torture Kevin.

Extensions of Michael’s (Christian LeBlanc) backstory originally brought Kevin and Gloria into Y&R’s fold. That’s why it was fitting to reintroduce Gloria as a boxed Christmas gift in ‘Likey’s’ home, after which ‘Khloe’ arrived with Bella.

‘The Young and the Restless’ Spoilers Friday December 23: Victor Brings Family Together – Chelsea and Nick Together on Christmas – Jill Scolds Drunk Billy