‘The Young and The Restless’ News: Justin Hartley and Chrishell Stause Engaged! 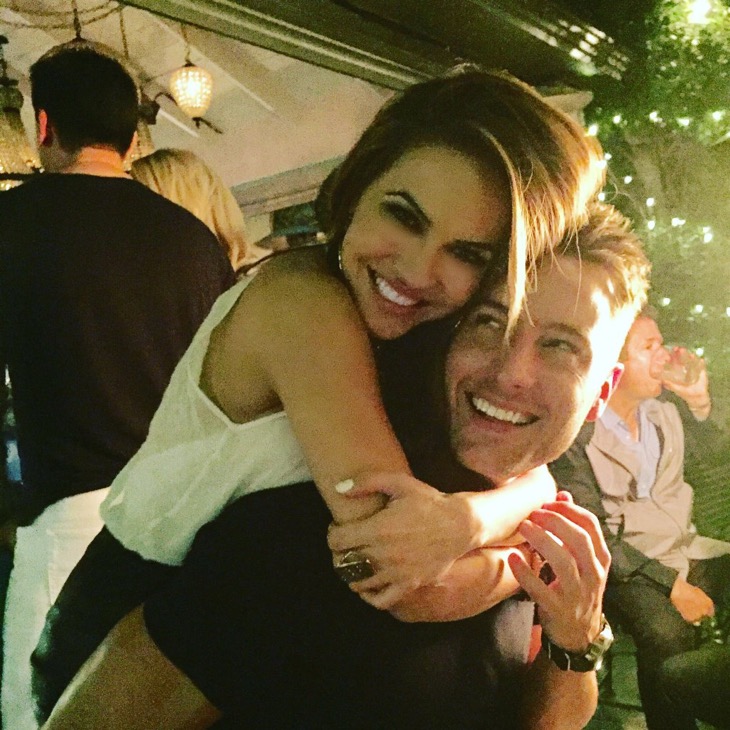 We are happy to announce that “The Young and the Restless” (YR) real-life couple. Justin Hartley (Adam Newman) and Chrishell Stause (Bethany Bryant) are engaged. The announcement arrived via Melissa Claire Egan @MClaireEgan (Chelsea Newman, Y&R) and Chrishell’s @Chrishell7 twitter accounts; the engagement comes only 10 days after Chrishell’s 35th birthday. In her twitter picture she is asking fans, “Do you think I need sunscreen…?”, and from looking at the size of that rock, it sure looks like she will at least need sunglasses.

Chrishell is also well known in the daytime soap opera world because she has portrayed characters on three different soaps. She is well known for her role as Amanda Dillon on All My Children and her role as Jordan Ridgeway on Days of Our Lives. She played a guest role on the prime time soap opera Mistresses, and currently she’s playing the wild and free-spirited Bethany Bryant on Young and the Restless.

Justin Hartley is bit more of a veteran when it comes to TV shows. He is best known for roles including Fox Crane from the daytime soap opera Passions. Oliver Queen (Green Arrow) on Smallville. He also appeared in primetime shows like Mistresses and Revenge. He will also be playing a regular role on the new NBC drama series, This is Us.

Chrishell has never been married before but she was engaged to Matthew Morrison in 2006 – 2007. Some of you may remember as Will Schuester from the TV series Glee. She began dating Justin in 2014. Justin has been previously married to his Passions co-star Lindsay Korman, who he shares daughter Isabella Justice with. They divorced in 2012 and in 2014 he began dating Chrishell.

We, at Soap Opera Spy, would like to extend our heartfelt congratulations to both Justin and Chrishell and wish them a long and happy life together. Please check back often for updates on this and other news, rumors and spoilers!

Congrats to two of the most beautiful people I know, inside and out!!!💘👏💍❤️ @Chrishell7 @justinhartley https://t.co/sjDCFYGXdl

‘Days of Our Lives’ Spoilers: Deimos And Nicole Make Love, She Doubts His Motives – Chloe Has A Secret