‘The Young and The Restless’ News: UPDATE – Sofia Pernas Dropped To Recurring Not Fired 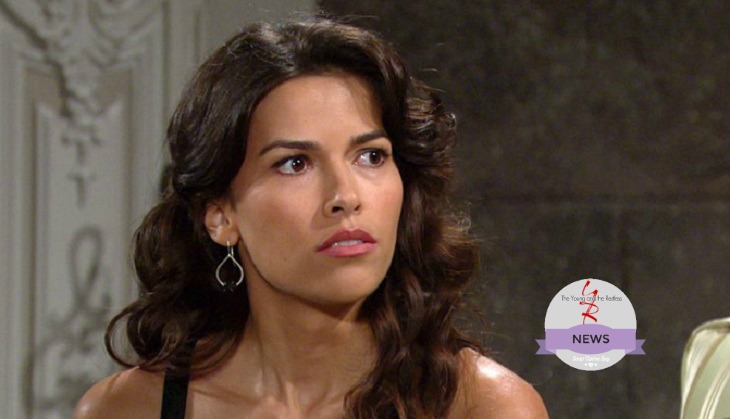 Yesterday to much dismay, some Y&R fans were disappointed with an announcement that the show had decided to let Sofia Pernas go. Pernas, who joined ‘The Young and the Restless’ last year as Marisa Sierras was rumored to have been given the pink slip because of budgetary issues. Later on in the day Y&R personnel corrected this misunderstanding by saying the actress was not let go but rather dropped to recurring because of the same budgetary reasons.

The update released late yesterday per Soap Opera Digest stated that Pernas will continue to air as the infamous Marisa Sierras on weekdays on CBS. This was absolutely good news as many were taken by surprise, no one could have predicted this happening. While she may have been dropped to recurring, the actress has booked another major gig landing a role on the upcoming CW pilot Transylvania.

In recent episodes Marisa and Noah (Robert Adamson) were seen planning to get married. This is great news for those who so badly wanted Marisa away from her current husband Luca (Miles Gaston Villanueva). Marisa had just stuck her neck out for Noah when he was about to be sent to prison for hitting Billy (Jason Thompson) with his car. Her pairing with Noah is undeniably hot and viewers would love to continue seeing them on a daily basis. Unfortunately it looks like we will be seeing less of them together now that the actress is on recurring.

So Y&R fans are you happy that the actress was not let go from the series? Are you happy that you will continue to see her air as Marisa even though on a recurring status? What do you want to see happen for Marisa on Y&R?