‘The Young and the Restless’ News: Tristan Rogers Done At Y&R 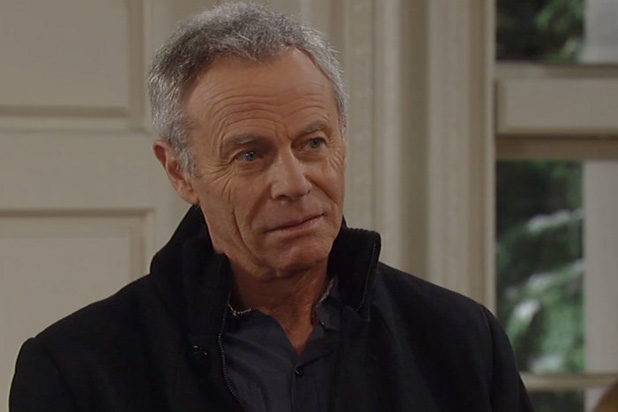 Just when things are getting good on “The Young and the Restless” and fans started to enjoy the character of Colin Atkinson, played by Tristan Rogers, he announces on Twitter that today’s show is the last for him.

Tristan Rogers tweeted “Well today’s show is the last for me. For how long I don’t know. But I sure had fun.” Then adds with another tweet “Remember this. The character is still in town, he hasn’t left. Soooo the chances of his re-included in a SL are quite good.”

Y&R’s Tristan Rogers character he portrays on “The Young and the Restless” is a very funny Australian guy who is always out to make a buck with his scheming and blackmailing.

Well todays show is the last for me. For how long I dont know. But I sure had fun.

Y&R fans were very surprised when Colin chose love over money when Jack (Peter Bergman) went to him for the truth and offered him the money. You can tell by the look on Jill’s (Jess Walton) face that she was just as surprised too cause she wasn’t sure what he may he do.

Colin is a recurring character on Y&R so it’s very possible that he will be popping back up at anytime. At least we hope cause his character makes the show more interesting. He adds suspense to the show. Do you like his sneakiness and think his character adds to the show?

The character of Colin Atkinson really keeps us fans on our toes cause we never know what he is gonna be up to next or should we say who is he gonna blackmail next?

Colin and Jill’s marriage is still in full bloom, so we are sure we haven’t seen the last of him around Genoa City. Are you gonna miss him?

Some Y&R fans was disappointed when he didn’t take the money and let the cat out of the bag, but it had a way of coming out anyway or at least some of it. Stay tuned to CBS’s “The Young and the Restless” to see how the storyline continues to unfold.

‘Days of Our Lives’ Spoilers Thursday September 15: Kate and Clyde Face Off – Trouble Brews for Chad and Gabi – Aiden Delivers News to Chase