‘The Young And The Restless’ News: Milestone Show Combines With Engaging Storylines – Y&R Primed To Succeed 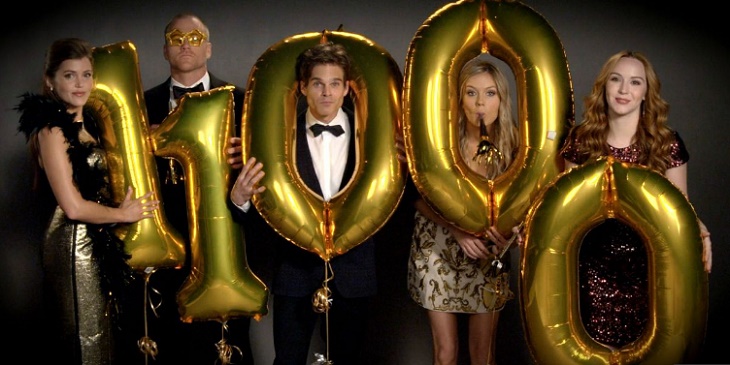 As fierce and casual fans know, ‘The Young and the Restless’ recently crossed its historic 11,000 episode line. That milestone in and of itself is something to celebrate. Add the arrival of executive producer Mal Young to a series of engaging storylines and Y&R seems primed to succeed through the fall and beyond.

Related: Melissa Claire Egan And Joshua Morrow Put To The Test – Chelsea And Nick Bond Over Adam, Is ‘Chick’ Happening?

Young’s presence has been noticeable. He’s infused ideas from his BBC experiences into this classic daytime show. A better blending of favorite characters with fresh faces, greater scene volume within each episode, outdoor shots, more form-fitting musical backdrops and most importantly, different types of arcs are all being noticed by viewers. Social media opinions, which have become an important method of promotion and serve as near-instant audience surveys, have veered in a generally positive direction.

Soap opera fans are different that other entertainment connoisseurs. They make time commitments to a show, or shows, that they’re passionate about on scheduled basis. Live viewings use to represent the sole way to consume each of the three major broadcast network’s daily dramas. However, wide use of video cassette recorders began to impact audience options as far back as the 1980’s. VCR’s were followed by cleaner digital video disc recorders, on-demand accessibility and currently, internet video streaming services. Each offered soap fans greater control of their soapy addictions.

Technology changes have evolved as has modern culture. With the explosion of entertainment choices a show like ‘The Young and the Restless’ is no longer as widely seen as it once was. Nevertheless, Y&R’s sustained ratings’ lead over all remaining daytime dramas, dating back nearly three decades, remains impressive.

As with all soap operas, the long-term future of ‘The Young and the Restless’ is uncertain. Y&R, along with the network’s entire daytime slate, is currently renewed through 2017. CBS will decide by next April if the show lives on beyond that point, at least via the free airwaves. If Young and his team can sustain, or even build upon gained momentum, Y&R would likely be primed for renewal beyond next season.