‘The Young And The Restless’ News: Jason Thompson And Family Visit Japan, Close Call With Earthquake 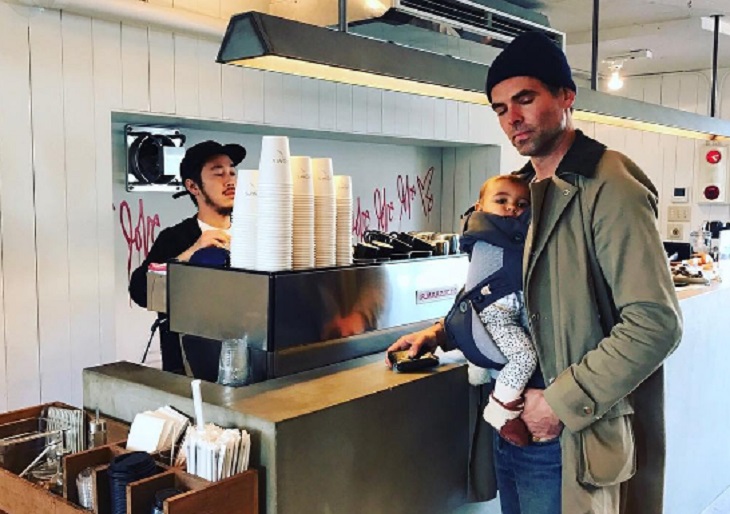 “The Young and the Restless’s” Jason Thompson recently celebrated his birthday and took a family trip to Konichiwa, Japan with his wife Paloma and their son Bowie, who is nearly six months old.

As we all know Fukushima, Japan suffered a very large earthquake and Jason and his family felt the effects of it. Jason Thompson tweeted “Love the wake up call in Japan. 7.3 earthquake. 40 floors up. Nothing like starting the day with a good dose of rock’n’roll…and a ton of sway.” This was a very scary situation but we are very thankful that he and his family are all safe.

After a former castmate Kimberly McCullough, asked him if he was in Japan as if she was surprised of him being there he replied, “Yup. First family Japan trip. Bowie’s first real earthquake shake. Apparently, the Japanese are very used to it. Not a worry. So sweet.”

So this is the first he and his family has visited Japan and I think it’s safe to say it will be an experience they will never forget.

Jason Thompson plays the role of Billy Abbott on “The Young and the Restless” and right now his character is one fans love to hate since he recently came between his brother Jack Abbott (Peter Bergman) and Phyllis (Gina Tognoni). A lot of fans are hoping that Jack and Billy can repair their relationship after the fallout.

Billy recently went to Jack trying to make amends during the Thanksgiving holiday. I guess we shall see if Jack is able to get past the betrayal and their relationship gets back on track. So fans stay tuned to CBS’s “The Young and the Restless” to see if Jack and Billy can repair their relationship. Again, we are very thankful that Jason and his family are safe and unharmed.

Don’t forget to check often with Soap Opera Spy for all your latest Young and Restless spoilers, news, updates, and more.

Konicaiwh Japan. Just rolling while my earthquakes from 40 up. Thanks for keeping up safe. 🙏🏼 Here we go Tokyo. @bowiebanjo