‘The Bold And The Beautiful’ Spoilers: Forrester Family Continues To Push Quinn Out – Does Quinn Have Something Up Her Sleeve? 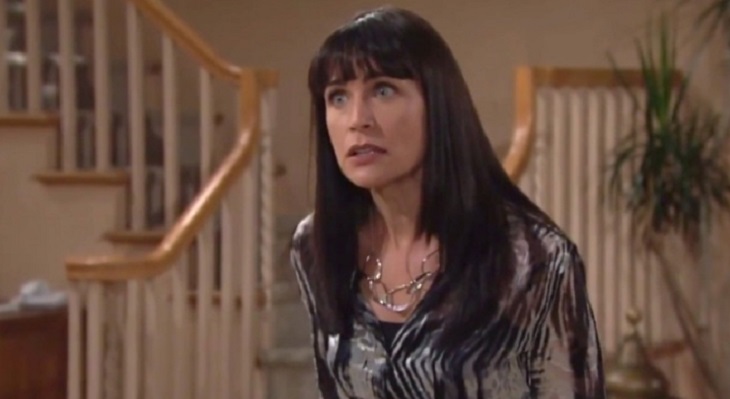 Over the last few weeks on “The Bold and the Beautiful” we have all witnessed Ridge Forrester (Thorsten Kaye) trying to take control and do whatever he can to keep his dad Eric Forrester (John McCook) from marrying Quinn Fuller (Rena Sofer) and that just recently backfired on him.

Ridge Forrester was able to keep the family from attending Eric’s wedding in hopes that he would change his mind, but that is not at all that happened. Eric and Quinn went on with their wedding and Quinn is now Mrs. Forrester.

After the wedding Eric went to confront his family where he later collapsed on the floor and had to be rushed to the hospital. Bold and Beautiful spoilers tease that Eric has a brain hemorrhage and while fighting for his life his family tries to get Quinn out of the picture.

According to the newest edition of CBS’s Soaps In Depth magazine “As Eric fights for his life, the Forrester family will do everything in their power to keep Quinn away from him.” So will they be able to keep her away or will her marital status come as an advantage for her?

It’s no secret that the Forrester family are trying to put the blame on Quinn for Eric’s critical state but most B&B fans think they are the ones to blame. Ridge Forrester has definitely caused his dad a lot of stress lately and has made his life much harder than it should be.

Related: Linsey Godfrey Is Hilarious In New Video About “Joys Of Motherhood” – Watch It HERE!

B&B’s Eric Forrester is lying in a hospital bed fighting for his life. Do you think it’s time for the Forrester’s to set aside their differences with Quinn and let her be by his bedside being that Eric would want it that way?

When it comes to Ridge and Steffy Forrester (Jacqueline Wood), there is no telling what lengths they will go to keep Quinn away, but on the other hand, Quinn is a very feisty woman herself and may just have something up her sleeve to stop them. We all know she is Mrs. Forrester now and as long as they took all the proper legal channels that should be able to help her.

Stay tuned to CBS’s “The Bold and the Beautiful” to see how it all goes down.

‘The Young and the Restless’ Spoilers: Travis’ Mysterious Past To Be Revealed – Will Ashley Expose Him?

‘The Bold And The Beautiful’ News: Winsor Harmon’s Return Continues On ‘B&B’ – Is Thorne Staying?

The Bold And The Beautiful (B&B) Spoilers: Zoe Pledges Love To Zende, Ridge…