‘The Bold and the Beautiful RUMOR: Sparks Fly Between Liam And Katie, Liam Turns To Former Step-Mom For Comfort After Steffy Fight? 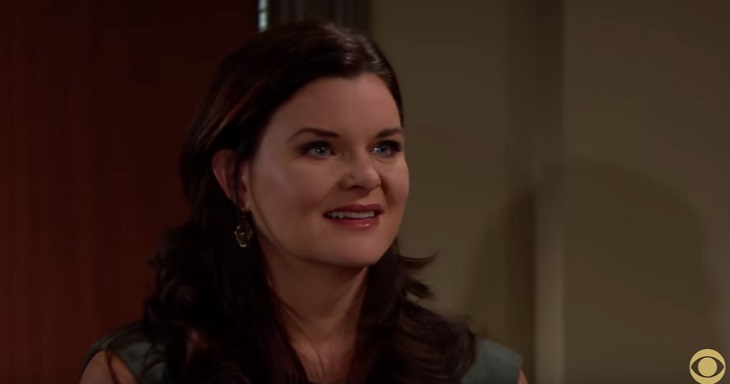 On “The Bold and the Beautiful,” lovebirds Liam (Scott Clifton) and Steffy (Jacqueline MacInnes Wood) are fighting over the prospect of her becoming the new Forrester Creations CEO.  And ironically it’s their mutual enemy, Quinn Forrester (Rena Sofer), who’s nudged these two toward a break-up!

But there’s a rumor attached to this storyline that even Quinn couldn’t see coming. As Steffy and Liam grow further apart over the CEO position, rumor has it that Liam will turn to a surprising person for comfort!

Related: Do You Want Hope Logan Back? VOTE!

Quinn is acting CEO and when she recently proposed that Steffy succeed her, all kinds of dirt hit the fan. First and foremost, Steffy accused her former mother-in-law of using the job as bait to get Steffy and her son Wyatt (Darin Brooks) back together.

In her defense, Quinn protested that she actually thought Steffy was qualified and deserving of the position! But Quinn later told Eric (John McCook) that it wouldn’t be such a bad thing if working together brought the two former newlyweds back together.

What Quinn didn’t anticipate was how quickly Liam would turn on Steffy. He thinks she’s crazy to even entertain the thought of accepting Quinn’s offer. Steffy interprets his incredulity as proof that he doesn’t think she has what it takes to run the fashion house. Ouch!

If rumors are correct, Liam will turn to Katie (Heather Tom) when he and Steffy remain at odds. The two have been keeping company lately as Katie confides in Liam about her exciting move to a new neighborhood.

And as these two spend more and more time together, they’ve been bonding over their concerns that Quinn will be Katie’s new neighbor.

It looks like Liam has been given the perfect opportunity to reject Steffy and rescue Katie! B&B fans know that Liam can’t resist a damsel in distress, so is it only a matter of time before he has a new lady in his life?

General Hospital Spoilers: Nelle Determined To Destroy Carly and Sonny – How Far Will She Go?