‘The Bold and the Beautiful’ RUMOR: Quinn Cheats On Eric, Sleeps With Ridge? 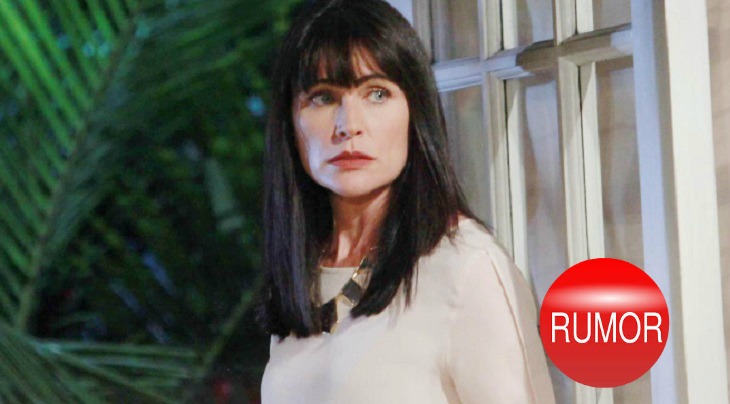 Did anyone else see how Ridge’s (Thorsten Kaye) eyes bulged out of his head when he spied his stepmommy naked on the, “The Bold and the Beautiful?” Too bad Quinn (Rena Sofer) didn’t need any soap, because that man had himself worked up into a lather!

B&B viewers know that Ridge has been on a vendetta to sink Quinn’s boat, but if a wild rumor is true they’ll be floating each other’s boats in short order. Ridge thinks his stepmom is taking advantage of his dad, Eric Forrester (John McCook), and he’ll do anything to break up their union.

In fact, Ridge nearly caused Eric to flatline by arguing with him about the nuptials. Remorseless Ridge then went on to try a hostile takeover of Forrester Creations, only to be thwarted once again; Quinn is now his boss as well as his step-monster!

But you know what they say, where there’s smoke there’s fire, and if that’s the case Quinn and Ridge are on the verge of conflagration!

This week Ridge caught Quinn taking an outdoor shower at the mansion, and instead of being a gentleman and looking away, he stood glued to the ground. Poor innocent Quinn had no choice but to step outside the shower and walk past him in order to grab her towel!

And what do you know, randy Ridge gave her the once over twice! Oh my, it looks like there could be trouble in paradise for that devilish silver fox, Eric. If Ridge tried to steal his dad’s company, what’s to stop him from stealing his wife?

Ridge showed his true colors by running and tattling on Quinn to his brother Rick (Jacob Young), who promptly told him, “TMI, bro!”

Ridge declared that he just couldn’t unsee the sight of Quinn naked, and that there was a weird vibe between them.

Wow, it looks like Ridge is about to embark on a new adventure, but it definitely won’t be smooth sailing for all parties involved!

The Young and the Restless’ Spoilers: These Genoa City Residents Need Christmas Miracles – Will Their Holiday Wishes Come True?