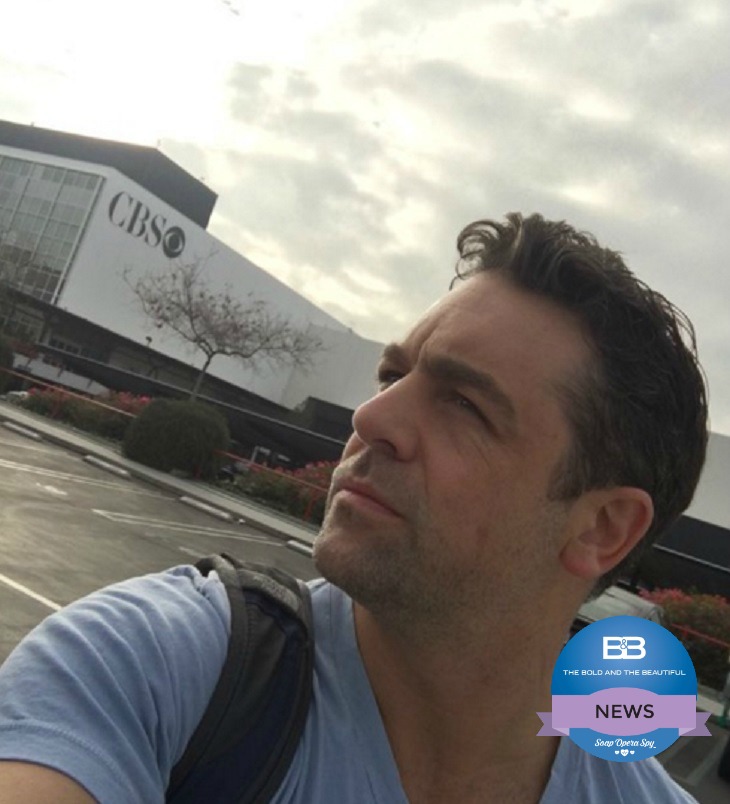 ‘The Bold And The Beautiful’ spoilers tease that ‘The Young And The Restless’ alum Chris McKenna has joined the CBS soap cast and began filming on  Wednesday January 20th.  McKenna shared a photo of himself in front of the CBS studio and tweeted, “First day of work on a new gig. I could swear I’ve been here before. #YR #BB @BandB_CBS #AcrossTheHall.”

Chris McKenna recently left ‘The Young And The Restless‘ after his character Detective Mark Harding was shot and killed by Paul Williams.  McKenna arrived on the CBS soap in February 2014 and got tangled up in the complicated cabin killer storyline and with Jack’s evil doppelganger Marco.  Some of you may also remember McKenna from his previous stint on the now cancelled soap ‘One Life To Live’ as well.

So far ‘The Bold and the Beautiful’ spoilers on Chris’s new role are pretty scarce.  But, if he began filming on January 20th, then he will most likely start airing in the middle of February.  ‘B&B’ could definitely use some fresh faces – McKenna is a very talented actor and could really spice things up at Forrester Creations.  There seems to be twice as many women as men on the CBS soap opera, maybe Chris’s character is somebody’s new love interest.

What do you think ‘B&B‘ fans?  Will Chris McKenna be a good addition to the cast?  Who would you like to see him paired up with?  Share your thoughts and theories in the comments below and don’t forget to check Soap Opera Spy for all of your ‘Bold’ spoilers and news.

‘Days Of Our Lives’ News: Casey Moss Releases Debut Album ‘Beneath The Truth’ – Listen To ‘Eyes Of One’ Right Here