‘The Bold and The Beautiful’ News: Aaron D. Spears Joins Justin Hartley On ‘This Is Us’ 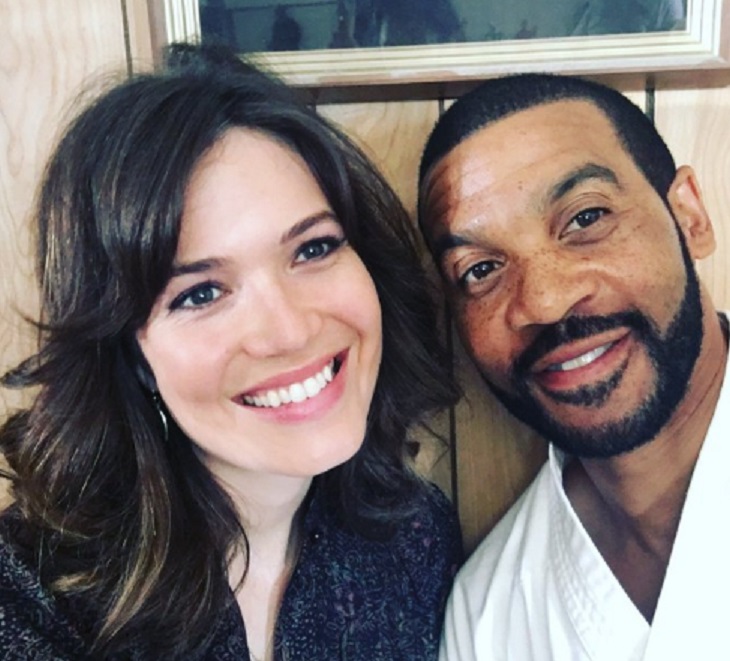 The Bold and the Beautiful star Aaron D. Spears took to Instagram and announced that he will be appearing on Tuesday November 29 episode of NBC’s ‘This Is Us.’

Of course, soap opera fans are very familiar with the hit NBC drama, The Young and the Restless alum Justin Hartley [formerly Adam Newman] plays the part of Kevin.

Related: Justin Hartley And ‘This Is Us’ Nominated For Critics Choice Award

Aaron D. Spears has been a busy man as of late.  Not only is he playing the part of Justin, Bill Spencer’s right-hand man, on ‘The Bold and the Beautiful.’  But, he also has been starring on the NBC soap opera ‘Days of Our Lives’ as Lt. Raines.

Spears announces on social media that he would be starring on ‘This Is Us’ by sharing a photo of him with co-star Mandy Moore.  Aaron captioned the photo, “After a long day on set…My episode with @mandymooremm #ThisIsUs airs tomorrow Tuesday 11.29 at 9pm/8c on @nbctv .”

‘Days Of Our Lives’ News: Paige Searcy Out at DOOL, Recast Coming Or Jade Leaving Salem?

‘Days Of Our Lives’ Spoilers: Hope Bumps In To Hattie Behind Bars In ‘Orange Is The New Black’ Storyline

The Bold And The Beautiful (B&B) Spoilers: Vinny’s Hostility To Finn…