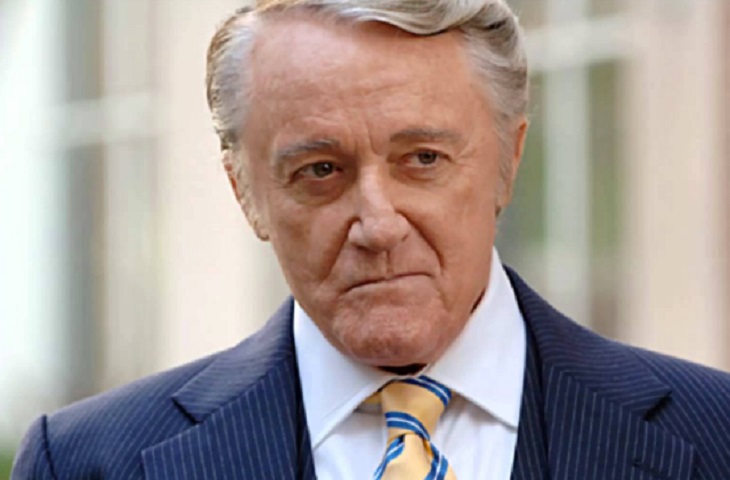 Veteran actor Robert Vaughn has died at the age of 83 after a battle with acute leukemia, his official website has confirmed. Vaughn is survived by his wife Linda to whom the actor was married 42 years, son Cassidy and daughter Caitlin. November 22 would have been Vaughn’s 84th birthday.

Robert Vaughn spent most of his career starring in very successful primetime dramas. He later added soap operas to his credits. In 1995 As the World Turns welcomed the actor in the guest-starring role of Rick Hamlin. In 1996 he portrayed Bishop Corrington on One Live to Live.

The television drama Vaughn is most known for his portrayal of Napoleon Solo in the spy series is The Man from U.N.C.L.E. from 1964 until 1968.

The mini-series Washington: Behind Closed Doors brought Vaughn an Emmy Award in 1978 for his portrayal of Frank Flaherty. John Ehrlichman penned the novel on which the mini-series was based. Focusing on administration under Richard Nixon, the story revolved around a president obsessed with power and surrounded himself with people who would help him keep that power.

His acting career began in 1955 with a guest-starring role as Dr. Charles Leale on the television show Medic. In 1959 Vaughn was nominated for an Oscar for his portrayal of Chester A. Gwynn in The Young Philadelphians. Another of his most notable movie credits include the role of Lee opposite Steve McQueen and Charles Bronson in the movie classic The Magnificent Seven.

In 1963 and 1964 he joined the cast of The Lieutenant as Captain Raymond Rambridge. Robert Vaughn went on to star in many television dramas including Trapper John, M.D. [T.K. Sheldon], The Love Boat [Charlie Paris], Emerald Point N.A.S. [Harlan Adams], and most recently Law & Order: Special Victims Unit [Walter Briggs/Tate Speer].

‘The Bold And The Beautiful’ Spoilers: Quinn Feels Threatened By Katie and Eric – Jealousy Brings Out Former Vixen’s True Colors?