‘General Hospital’ Spoilers: Sonny Plotting To Take Ava Down – Will He Get Custody Of Avery and Expose Paul? 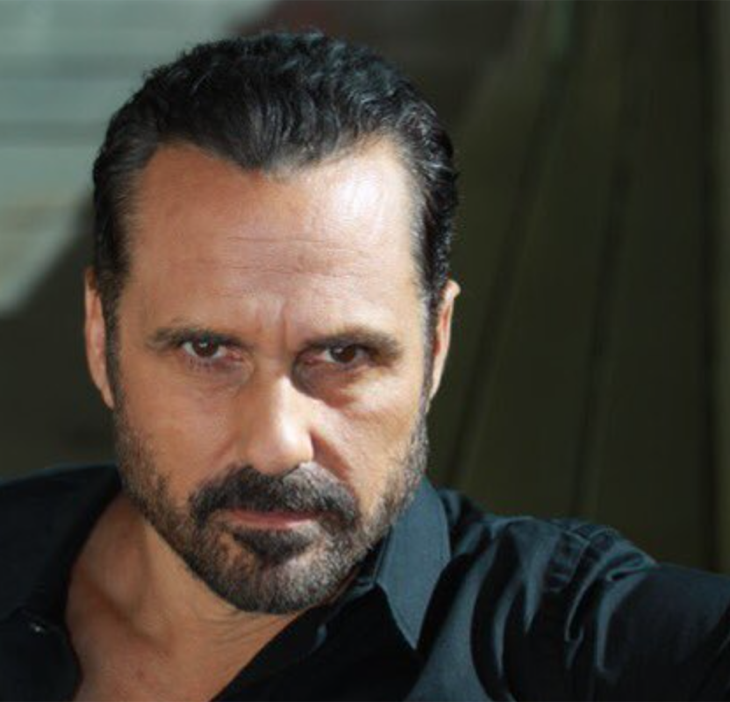 ‘General Hospital’s’ (GH) ER may soon be seeing a lot more activity in the near future. It would appear that our resident Don, Sonny Corinthos (Maurice Benard), is keeping mum while plotting, with the help of his ever-faithful bodyguard, Max Giambetti (Derk Cheetwood), a take-over against the supposed ‘head’ of the ‘GH’ Jerome crime family and current boss, Ava Jerome (Maura West).

Now, Ava’s been a very naughty girl lately… with the help of the current D.A., Paul Hornsby (Richard Burgi), who has an agenda all his own and one which he has been keeping close to the vest. We know that it was Paul who shot Sonny in the warehouse on his wedding day… and it was with this event, Paul began to hatch his plan to take back Sonny’s holdings and territory in some warped vendetta against Sonny. But both Paul and Ava haven’t counted on Max’s ability to ferret out information about what’s really been going down at Ava’s gallery… and again, Paul has his fingers all over the import of the illegal weapons that recently arrived, courtesy of the mysterious, Raj and his boss Dixon.

Sonny, with the information given to him recently by Max, is now able to find a way to trap Ava and to take-over the Jerome holdings and territory.  He will also be able to regain full custody of his lovely infant daughter, Avery, and to get her out of Ava’s hands for good. The take-over will more than likely end up either sending Ava back to prison, where she belongs, or it will leave her dead. Yet there is another question to ponder… Will it also expose D.A. Hornsby’s role in Sonny’s shooting as well as his blackmail of Ava?

Look out Port Charles… Sonny’s going to wreak havoc on the docks as he continues to plot the fall of the Jerome crime family… and to amass even more holdings into the Corinthos crime family territories.