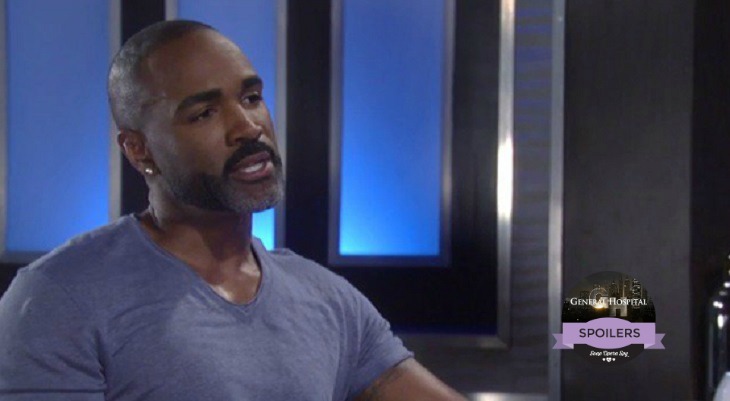 ‘General Hospital’ (GH) spoilers for Friday, July 15 reveal that Curtis wants to know what Maxie is hiding, Nikolas and Jason have a showdown on the island, Darby is back and looking for trouble, Kevin follows Laura with a clue, and Nathan pushes Claudette for closure.

Curtis Ashford [Donnell Turner] figures out that Nathan West [Ryan Paevey] has a secret and Claudette Bolland [Bree Williams] is the key. Curtis asks Maxie Jones [Molly Burnett] to come clean, but will she spill Nathan’s homicidal past to the former cop? Curtis offer Maxie some advice.

Related: Hayden And Finn Grow Closer – Romance In The Future For Con Artist And Dying Doctor?

Nathan demands that Claudette tell him who he shot even though she insists the guy won’t come forward or press charges. Interestingly, Griffin Munro [Matt Cohen] shows up to the MetroCourt and is standing within feet of them as they’re talking about him.

Darby Collette [Jesica Ahlberg] is back and on a date with Dillon Quartermaine [Robert Palmer Watkins] and of course they just happen to stop by the coffee kiosk where Morgan Corinthos [Bryan Craig] just started working and where Kiki Jerome [Hayley Erin] is hanging out.

Laura Spencer [Genie Francis] plus Lulu Spencer [Emme Rylan] and Dante Falconeri [Dominic Zamprogna] are surprised when Kevin Collins [Jon Lindström] follows them to Greece because he found a Helena clue. Kevin is less mild-mannered than usual and surprises everyone.

Also, Nikolas Cassadine [Nick Stabile] and Jason Morgan [Billy Miller] get into a major confrontation on Cassadine Island and Nik threatens Jason for trying to take what’s his. GH spoilers reveal that Nikolas and Jason are so intent on each other, they’re not watching Theo [James Patrick Stuart].

Theo will soon get the upper hand. Also, Julian Jerome [William deVry] is due for a visit at GH from baby mama Olivia Falconeri [Lisa LoCicero] and it won’t be a pleasant conversation. Looks like Julian’s luck has run out all around.

Don’t miss a moment of the Friday, July 15 episode and, as always, tune in to Soap Opera Spy for tons more General Hospital spoilers, news and more.

‘The Young And The Restless’ News: Tristan Rogers Returns To ‘Y&R’ As Colin Atkinson

‘Days of Our Lives’ POLL: Does Deimos Belong with Kate, Chloe or Nicole? VOTE!