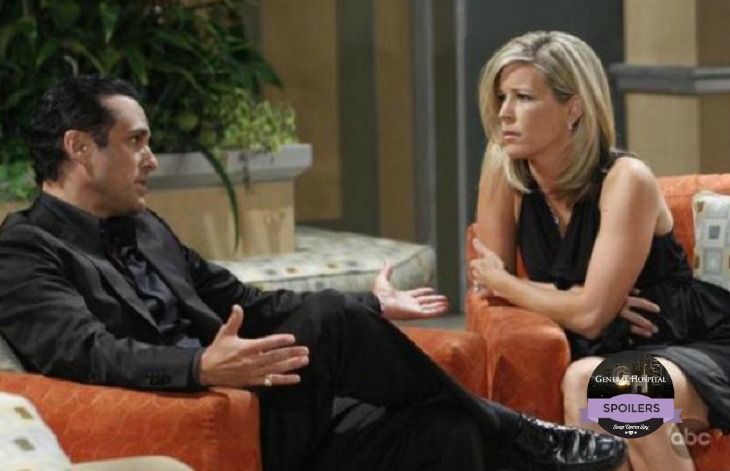 “General Hospital” (GH) spoilers tease Carly (Laura Wright) and Sonny (Maurice Benard) Corthinos’ marriage could be crumbling as they scramble to keep their family together. Morgan (Bryan Craig) has had some rough couple months and finally is on track with the mental health treatment that he desperately needed.   Is it possible that Sonny and Carly are ready to end their marriage?

Carly has been on a mission to find out the truth about her daughter’s kidney, and it looks like it will be a focal point all summer long. Not only will she begin to close into the mystery behind the kidney, but she will also make a decision about her marriage.

Carly’s relationship with Sonny has been strained over the past couple months, and according to the ABC Soaps In Depth previews she will finally come to a decision about what she wants to do—work on their marriage or divorce Sonny for good.

Despite Carly’s wishes for Sonny to lead a shall we say quieter lifestyle, he may get tangled in a big mess in the coming weeks. When it all explodes, and Carly discovers her husband’s recent crime drama, their marriage becomes in serious jeopardy.

Ever since the accident earlier in the year that almost claimed Kiki’s (Hayley Erin) life, Carly has wanted Sonny to take a step back from the violence and wants a laid-back lifestyle with her at home. If not for her, she was hoping he would scale back for his daughter, Avery. The opposite has happened; Sonny seems more hell-bent on violence since the battle at the docks, and sees no end in sight, Is it possible that Sonny’s constant tendency for violence chases Carly away for good?

Carly hasn’t been happy in her marriage for several months. She has stayed busy with the kids and used them as a distraction from the mounting issues with Sonny. Will they decide to call it quits or choose to repair their strained marriage?  Drop a comment below and tell us what you think Sonny and Carly should do about their marriage?

‘The Young And The Restless’ News: Michael Roark’s Primetime Gig, Starring On The CW’s ‘Beauty And The Beast’