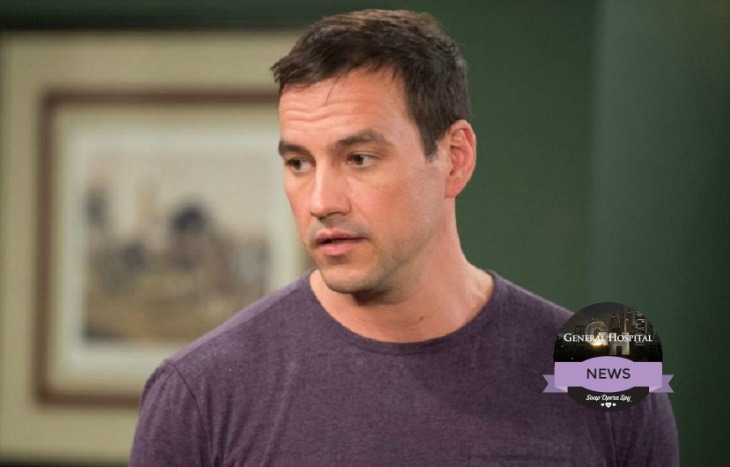 ‘General Hospital’ Tyler Christopher will be back on-set filming soon. Fans have been very happy with Nick Stabile’s portrayal of Nikolas Cassadine but look forward to Tyler’s return. There was some worry that Tyler’s contract negotiations with TPTB had stalled.

At the ‘General Hospital’ Fan Club Weekend the actor assured fans they haven’t seen the last of him. Tyler expects to be back to work in September. ‘GH’ films 6 to 8 weeks out which means viewers should see Tyler back as Nikolas around mid to late-November.

The question still lingers, why did Tyler take a break from the daytime drama? It was a coincidence that Tyler’s request for time off came right in the middle of his contract negotiations. ABC Soaps in Depth recently interviewed Tyler and found out what happened.

“In 20 years, I’ve never taken a vacation, even though you’re allowed to,” Tyler revealed. Working on a soap opera is stressful, things move lightning fast when filming and things just got a little overwhelming. It’s not surprising Tyler needed a nice long break away from the set.

You would think an Emmy Award winner would take a glamorous 3-month vacation. Not Tyler Christopher. He revealed this long-awaited summer vacation was all about family. In the interview Tyler said he spent time bonding with his two young children and fixing things up around the home he shares with wife Brienne.

Tyler Christopher has enjoyed the time off with his family but it’s time to return to work. While Tyler was away Nick Stabile’s Nikolas Cassadine had some chemistry with Ava Jerome [Maura West]. Though Tyler hasn’t been following things during his time off, he does know there could be something serious going on between Nikolas and Ava.

‘General Hospital’ fans are you excited that Tyler Christopher will be returning to the set and begin filming sometime in September? Where do you think Ava and Nikolas’s relationship is headed?

‘The Young And The Restless’ Spoilers: Is Michael Roark Returning To Genoa City As Travis Crawford?