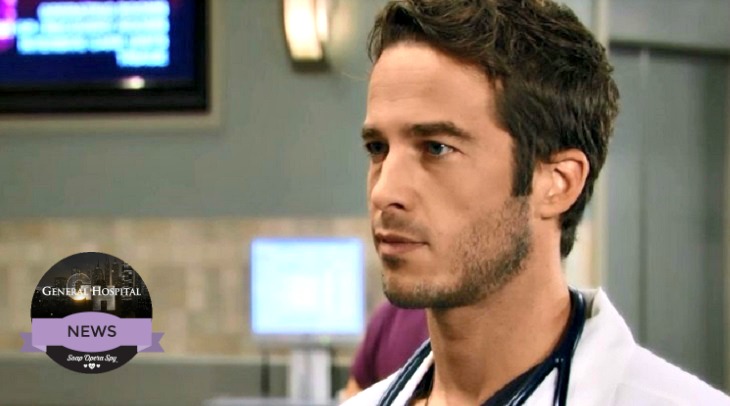 “General Hospital,” fans, the reunion you’ve been waiting for is in the wings! That’s right, Ryan Carnes is set to bring the character of Lucas back to Port Charles later this year.

Once Lucas slips on his scrubs, it won’t be long until we see him interact with his hubby, Brad (Parry Shen). The newlyweds haven’t been seen since their nuptials earlier this year, so it will be nice to see the two characters share air time (we hope!).

Brad has recently appeared in episodes with Hamilton Finn (Michael Easton). Brad went all in with the good doctor and helped him procure a miracle cure for Hayden Barnes (Rebecca Budig).  Will Lucas join Brad in the lab and make a second dose of the elixir? Or maybe he’ll be called upon to treat Hayden as she recovers from that nasty virus that Finn passed along to her?

There are several front burner storylines that Lucas has ties to, so it remains to be seen who he’ll interact with. Since his mother Bobbi Spencer (Jaclyn Zeman) has returned to her nursing job at GH, it would be natural to see these two interact. The holidays are all about family, right?

Lucas’ cousin Lulu Spencer (Emme Rylan) is embroiled in a knockdown, drag out fight for her daughter Charlotte (Scarlett Fernandez) so maybe we’ll see him dispense some friendly advice to the distraught mom.

Hey, maybe Lucas will be the one to unveil the identity of Charlotte’s mysterious father, Valentin! A longshot you say? Well, someone has to be the one to finally put two and two together and end this endless charade of, “Who’s Valentin, really?!”

Whatever storyline Lucas gets involved in, GH fans will be happy to have him back. He’s a stabilizing influence at General Hospital, and not bad to look at either!

What do you think GH fans, should Lucas be given a larger storyline in the New Year? Let us know what you think in the comments section below!