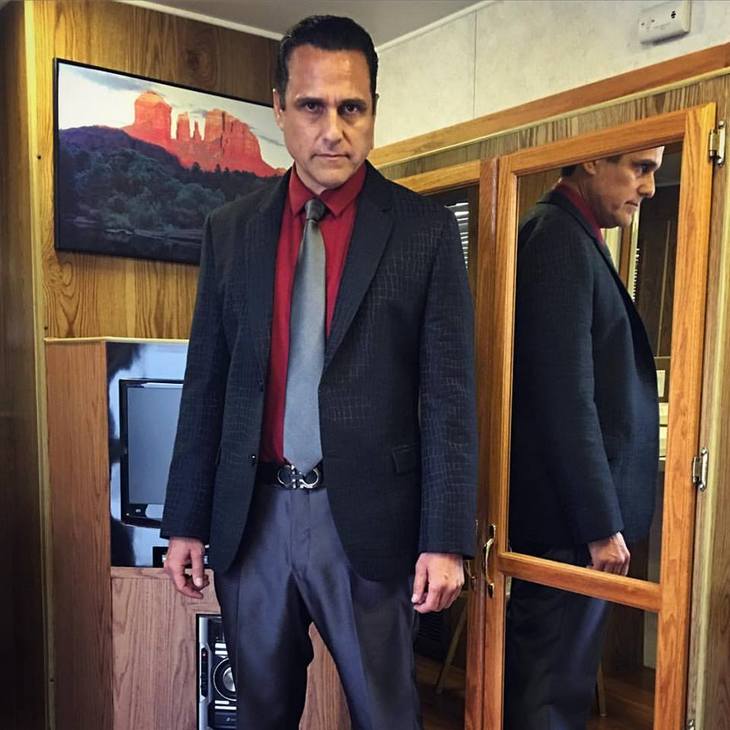 ‘General Hospital’ fans are going to love this news update. Maurice Benard, who plays Sonny Corinthos on ‘GH,’ shared a sneak peek photo of himself getting ready for his guest role on ABC’s lead drama, ‘Castle.’ Maurice also confirmed you can catch his appearance on April 25!

Benard’s guest role on ‘Castle’ has some ‘General Hospital’ fans nervous. However, this stint on the ABC drama is just temporary, so breathe a sigh of relief Sonny Corinthos fans.

Maurice Benard first shared the guest star role news on his Facebook account. The ‘GH’ alum stated, “On my way to film Castle. Love the show, excited to do something different.” Today, Benard shared a photo of himself looking dapper with the caption, “Watch me have a lot of fun on Castle April 25 #castle.”

Very few details have been shared, but we do know that ‘General Hospital’s Maurice Benard will appear on episode 19 of ‘Castle’ that has been titled, ‘Dead Again.’ Maurice will play the role of Horatio Spate. This episode of ‘Castle’ certainly sounds really interesting!

Benard isn’t the only soap star to moonlight on ‘Castle.’ Kassie DePaiva and Tuck Watkins of ‘One Life to Live’ both appeared on the drama. Benard himself has also made appearances on other TV shows, including ‘The Dr. Oz Show.’ There, Maurice Benard spoke about his real life struggle with Bipolar Disorder. In addition to be open about his personal life, and his stint on ‘Castle,’ Benard is also adding film to his resume with a role in the upcoming film ‘Hold On.’

What do you think ‘General Hospital’ fans? Are you excited to see Maurice Benard’s April 25 guest role on ‘Castle.’ Any theories on the Maurice’s new character, Horatio Spate? Let us know your thoughts in the comment section below.

‘The Bold And The Beautiful’ Spoilers Tuesday April 12: Liam Thankful To Have Life Back, Fuzzy Memory Causes Engagement Confusion – Julius and Sasha Spar