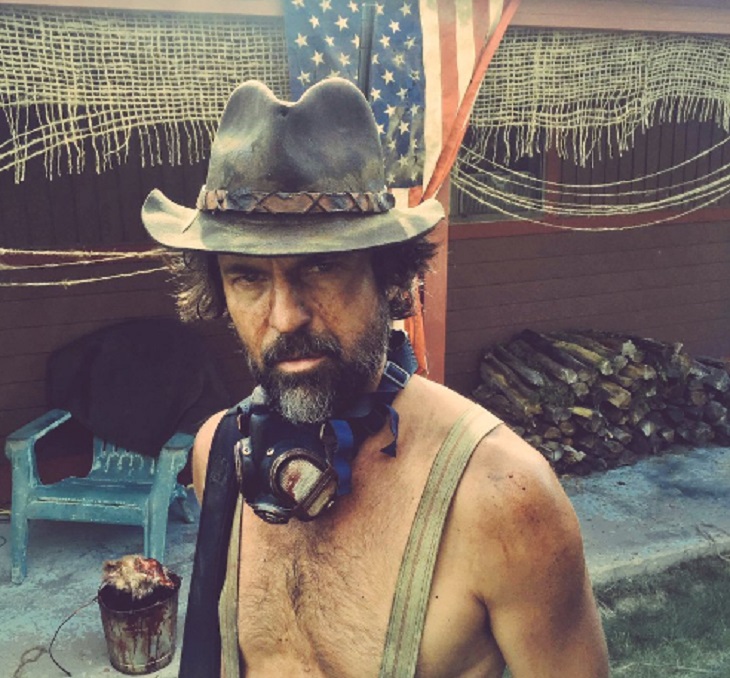 Related: Who is GH’s Aaron? VOTE!

But I digress. The still shot from the movie set looks promising. The movie, which just began shooting, follows the story of two souls fighting to survive in a post-apocalyptic world.  The environment is harsh and dangerous, and humans are being supplanted by ghostly apparitions. Parise and his companion must find the only spot left on scorched Earth that holds the promise of life and safety.

Parise’s cast mates are excited about his new venture. Marc Anthony Samuel (Felix) tweeted, “get it maaaaan,” and Ryan Paevey (Nathan) followed that up with a couple of affirmative emoji’s.

“General Hospital” fans can also catch a glimpse of the actor in October on the east coast.  He’s set to appear with several GH cast mates for two meet and greets. On October 22 he’ll be at the Governor’s Comedy Club in Levittown, NY. The next day he’s scheduled to appear at the Wilshire Grand Hotel in West Orange, NJ. Among the GH-ers also set to make appearances are Kin Shriner (Scotty Baldwin), Ian Buchanan (ex-Duke), Marc Anthony Samuels (Felix), and Rick Hearst (Rick).

Caaaaarlos (I love how Sabrina trills his name!) was last seen in Port Charles in June to torment his murderer, Julian Jerome. What do you think: Will he be a ghost again this time around? A nice twin? Or did Helena Cassadine (Constance Towers) provide him a kidney and a few other vital organs for a return from the dead? Hey, he’s done it once already!

‘The Bold and the Beautiful’ Spoilers: Quinn Back To Her Scheming Ways, Prepares For Monte Carlo – Eric Forrester In Trouble?