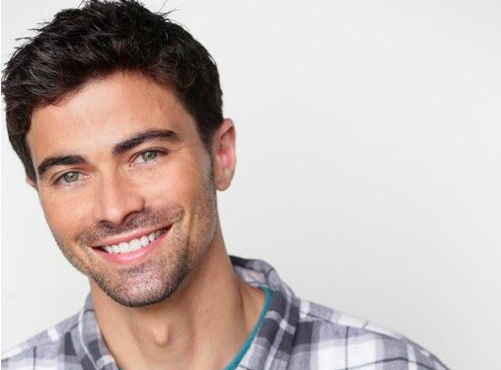 General Hospital is pleased to announce there is a new ‘hunky’ Doctor, Dr. Griffin Munro (Matt Cohen) joining their staff the first week of February… just in time for the first “Sweeps” of the New Year! As we know, Dr. Patrick Drake [Jason Thompson] and his on-screen wife, Dr. Robin Scorpio-Drake [Kimberly McCullough], recently departed Port Charles for California; and their departures left an opening on staff that needed to be filled ASAP!

Matt is not totally new to acting, but he will be making his daytime debut in this new role. He has been taping on the soap this past week; but sadly, no one, and I do mean NO ONE, is releasing any information on the new character.

Matt has been seen on such name shows as:

Now since no one is giving up any kind of info on the hunky Doctor, this reporter is going to do a little speculating. I can’t help wondering if Elizabeth Webber-Spencer [Rebecca Herbst] will suddenly drop all her machinations and efforts to re-win/re-snare Jason Morgan [Billy Miller]; or, will she drop him like a hot potato and shift all her attentions to Dr. Munro? We’ve seen Elizabeth waffle back and forth before… the latest time was when Ric Lansing [Rick Hearst] suddenly re-surfaced in Port Charles last Christmas (2014). Hmmm… this could get very, very interesting… very quickly. N’est pas?

Matt is married to his South of Nowhere co-star, Mandy Musgrave and the couple have one child… born in April, 2015.

Keep watching, GH fans! February is just around the corner!!

‘The Young And The Restless’ Spoilers Tuesday January 19: Victor Trades Marisa For Adam – Luca Freaks Out – Chelsea Turns To Dylan For Help

‘Days of Our Lives’ Interview: Alum Shawn Christian Talks His Latest Movie And Shares Behind The Scenes Teaser