‘General Hospital’ News: Emme Rylan Out Of Surgery – Reveals Her Broken Nose Is On The Mend 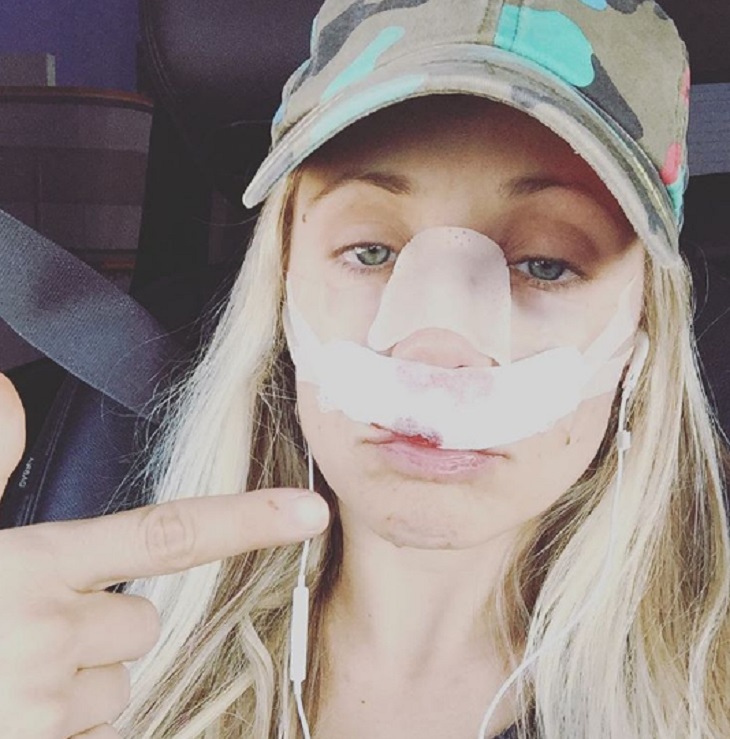 Good news for Emme Rylan [Lulu Falconeri] and General Hospital fans, her surgery was a success and she’s on her way to a full recovery. The happy mom and American actress has been keeping fans up to date with regular twitter post since her incident this week. First she reported that she had injured her nose during some family time. The incident occurred while playing with her boys where her son Levi collided with her. Apparently she was seated while her son was running up on the same cushion, as she sat up his head hit her nose and it was broken.

Related: Carlos’ Twin Joe Rivera Gets Closer To Sabrina – Will He Steal Her From Michael?

Shortly after the incident, she took to Twitter to alert fans not to worry. Fans immediately began to assume this would in some away affect her character on ‘General Hospital’. However, Rylan stated that in no way will her injury affect her alter ego’s progress. She made it clear that though she is recovering she will not be taking time off because she already had a very heavy schedule.

Think you for all the love!! They said that surgery was an amazing success! #mylifewithboys #toughmama pic.twitter.com/0iab9lDQIG

Rylan also shared that the emergency surgery occurred Thursday and she revealed it was a success. Since the surgery she has posted numerous images of herself where the damage to nose can be seen a little. “Thank you for all the love! They said that the surgery was an amazing success,” she posted on Twitter as she updated us on her current status. She even has a sense of humor about the whole situation, her sense of humor can be seen on her Instagram page where she posted a few images of her including her affected nose.

So don’t worry fans we will continue to see her as the famous Lulu Falconeri on ‘General Hospital’. Though she just received bad news from her doctor, Rylan recently teased in an interview that fans can expect major story turns in the coming weeks which could possibly include a baby. Have a speedy recovery Rylan from us here at SOS!

‘Days Of Our Lives’ Spoilers: Deimos Suspicious Of Chloe’s Pregnancy, Doubts Philip Is Father – Hires Dario To Find Out Truth

‘The Young And The Restless’ News: Justin Hartley And Chrishell Stause Do “22 Pushup Challenge” – Watch Their Awesome Videos!