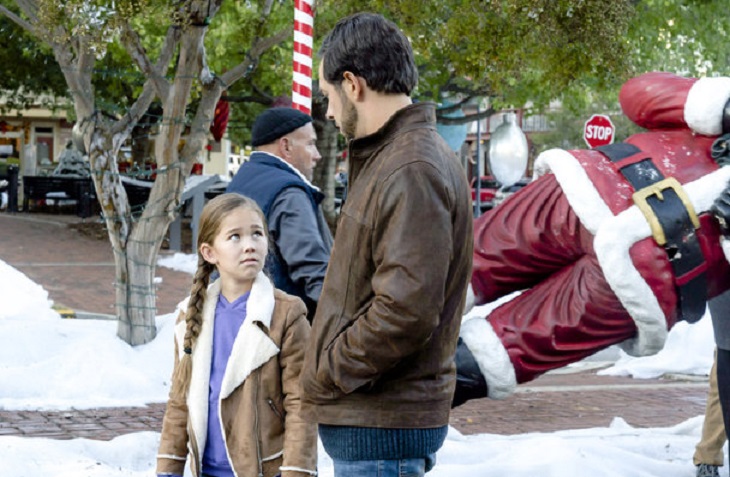 It’s been a while since we have seen the young and talented actress Brooklyn Rae Silzer as Emma Drake on General Hospital, but now you can catch this cute little star back in action.

Brooklyn Rae Silzer will be playing the part of Sophie in the all new Hallmark Channel Movie, “Christmas In Homestead”, airing on Thursday, November 24, at 8 pm ET. It will be a movie that you will not want to miss.

In the film, Brooklyn plays Sophie, the innkeeper’s daughter who is an integral part in finding her father love. The movie was shot in a small town in Georgia called Dahlonega. Brooklyn says she filmed there for three weeks and had a really fun time with all the fake snow they used.

The film also stars another daytime alum, Jeff Branson, who you may remember as portraying the part of Ronan Malloy on “The Young and the Restless” and also played Shayne Lewis on Guiding Light.

Brooklyn is really missed on General Hospital. Hopefully one day she will make a visit or even come back on and stick around for a while.

It would be awesome if Robin Scorpio-Drake (Kimberly McCullough), Patrick Drake (Jason Thompson), and Emma Drake (Brooklyn Silzer) were all part of the show again. As we all know Jason is now on Y&R, so we would have to get a recast for his part.

So GH fans make sure to check out Brooklyn Silzer’s new film “Christmas In Homestead” on the Hallmark Channel Thursday, November 24th at 8 pm ET. By the sound of it you will not regret watching. Don’t forget to check often with Soap Opera Spy for all your latest General Hospital news, updates, spoilers, and much more.

‘The Bold And The Beautiful’ Spoilers: Will RJ Succumb To Bill’s Methods Of Persuasion?