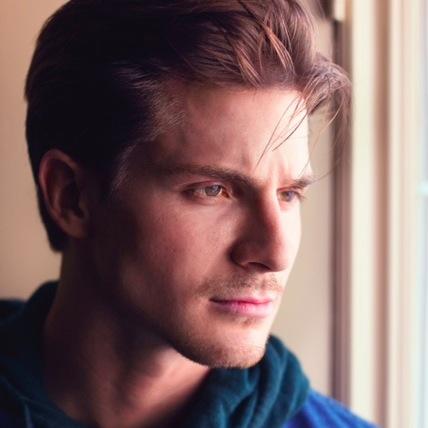 In the midst of his busy schedule and rehearsing for the upcoming Nurses’ Ball, Soap Opera Spy had the privilege of interviewing ‘General Hospital’s’ Robert Palmer Watkins. He was able to talk about taking over the role of Dillon Quartermaine, his upcoming projects, what it was like doing the storyline of Tracy’s (Jane Elliott) illness and more. Please see full interview below.

SOS: Good Day to you Rob, how are you doing today?

SOS: Nurses Ball? Ok, anything you can tease in regards to that?

SOS: Ok, how has it been taking over the role of Dillon so far?

Rob: It’s been amazing. Recast can be very difficult but I think because there’s been such a big gap since the time Scott Clifton left the show, the fans are more willing to accept a new actor. Dillon is also a new man at this point in his life. He would be older and more mature. He’s lived in LA for 8 years so he’s been through a lot of changes. I think it fits…me stepping into the role. But Scott put in a lot of ground work and I had a great place to build from thanks to him.

SOS: We must say you are doing an excellent job. You have continued with the humorous side of the character much to our liking. What though has it been like working with the gh stalwarts i.e Jane elliot finola Hughes etc?

Rob: Thank you! They are amazing. They are icons and it is obvious why. They out the work first. They come up with creative choices and are so passionate and dedicated it inspires me to work harder and harder.

SOS: OK hopefully it goes that way. Is there anyone you have not worked with yet that you would love to?

Rob: I haven’t had a scene with Laura wright! Would be cool to work with her.

SOS: That would b quite interesting…

SOS: Is there any other projects you’re working on that u can share at the moment?

Rob: Yes actually! Just did voice work for an animated prequel series to game of thrones produced by Patrick McCarthy, have a we series called “Bad Sex with Good People” created by Sabrina Bryan and Kiely Williams airing this month involving the cheetah girl members, season two of our hit web series “Last Life” created by Elisha Barrette and Kathy Destefano airing in a couple months, working on more #funkitfriday music stuff now and very busy with the nurses ball rehearsals! Life is good!!! Also filming a movie produced by Jerry white this weekend I have a small part in it called “Little Hand”.

SOS: Incredible, well this is good news, we know your are very busy at the moment. Is there anything u can share about dillon’s upcoming scenes? Before u go, and what was it like preparing for those scenes where Tracy was ill?

Rob: I think Dillon needs a girl or at least a love interest. We shall see. Not sure where that’s headed.
The scenes with Tracy were very personal. Seeing this strong actress and woman in a such weak state like that really got to me. We often forget that we are human and eventually we do become weak or sick. I had to put myself in a real life situation while working on these scenes…imagining my mom dying is a horrible thought. Imagining Jane Elliot dying is also a horrible thought…it was easy to become invested in this storyline but was sometimes a scary place emotionally. I’m glad she’s better and we can continue to work together. She’s such a great TV mom to play off of.

SOS: You’ve always done a great job, all the best with your career . Thanks for stopping by to do this interview.

So GH fans what do you think of Watkins’ upcoming projects? Do you want to see scenes with him and Laura Wright? Who do you think should be his love interest? Are you invested in a Killon (Kiki and Dillon) romance?

‘The Young And The Restless’ Spoilers: Victor Out For Revenge – Unleashes Anger On Victoria – Discovers Ally In Dr. Meredith