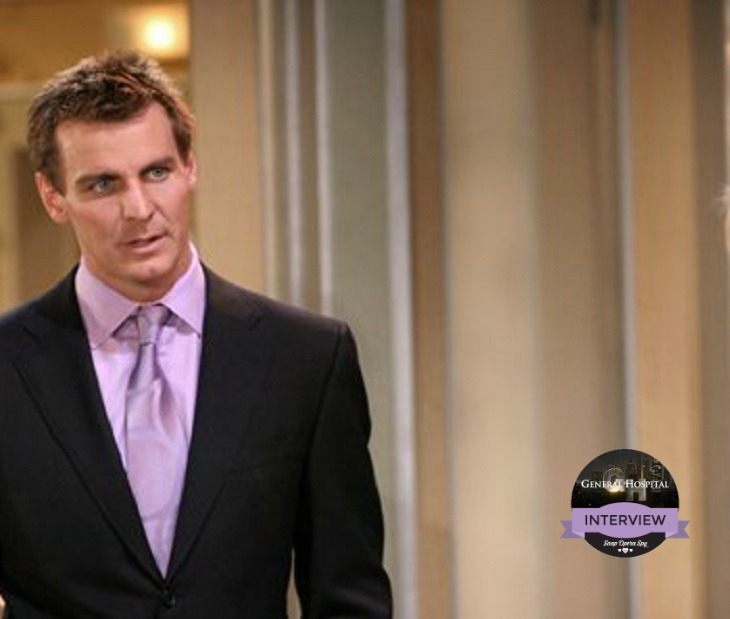 Ingo Rademacher’s return as Jax is probably one of the most anticipated of the season. ‘General Hospital’ spoilers tease that Jasper ‘Jax’ Jacks will return on July 29. Rademacher, Jax’s portrayer spoke with Soap Opera Digest about his return.

“It’s about time!’ he states. Further relating how long it has been since his last appearance in 2013. He shared how much he was okay walking back on the set although he wondered if soap opera acting was something he could still do.

Rademacher mentions how much fun it would be to see all those familiar faces from his previous run as Jax. “I’ve always had great respect for everybody on the show and can call them my friends. I know it’s going to be fun,” he shares with SOD.

Related: Which Is Your Pick For Hottest Future Port Charles Couple? VOTE!

For now, nobody knows exactly what Jax’s story will be, but the actor tells SOD how much he wants the chance to be around Maurice Benard [Sonny Corinthos]. Jax and Sonny were never really friends and that on screen rivalry is sure to continue when Jax returns to Port Charles.

Rademacher shared that he was touched by what his castmates had to say when his return was announced. He states that he is appreciative and loves all of the Jax fans out there. But what will Jax be doing in Port Charles this time?
Josslyn [Eden McCoy}, Jax’s daughter apparently never received her kidney from Jake [Hudson West] and Carly [Laura Wright] is on a hunt to find out just who Josslyn’s kidney came from. No doubt daddy dearest will partner up with Carly to find out the truth.

Will they discover who donated Josslyn’s Kidney? Will there search for the truth cause them to reunite? Spoilers have been teasing a possible break up between Sonny and Carly, should Jax and Carly get together again?