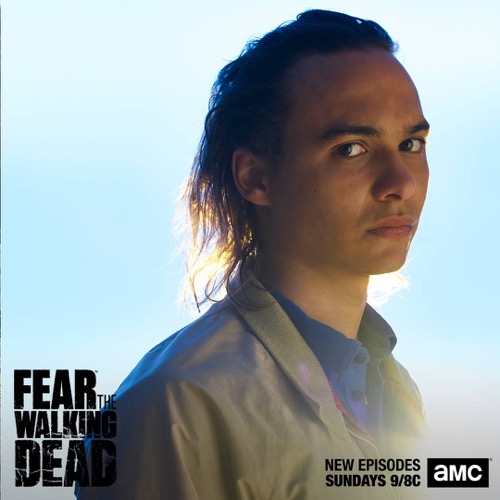 Frank Dillane who plays Nick Clark in “Fear the Walking Dead” was arrested for allegedly getting into a fight with a security guard.  According to TMZ, “Frank tried to breeze through a security checkpoint on Sunday night. Guards tried to stop him, especially because ‘Dead’ doesn’t even shoot on the lot. At least one guard described his behavior as “erratic.”

It seems 25-year-old Frank did not want to show his credentials and was not pleased at all the attention he was getting. The matter quickly escalated and Frank ended up hitting a security guard.  The guards made a citizen arrest, LAPD was called and Frank was arrested for battery.

So far Frank Dillane, nor any reps of his have commented on his arrest.  The “Fear the Walking Dead” star is remaining mum on the events as of right now.  Are you shocked what happened?  Share your thoughts in the comments below!

This Is Us Star Justin Hartley’s Exciting New Gig