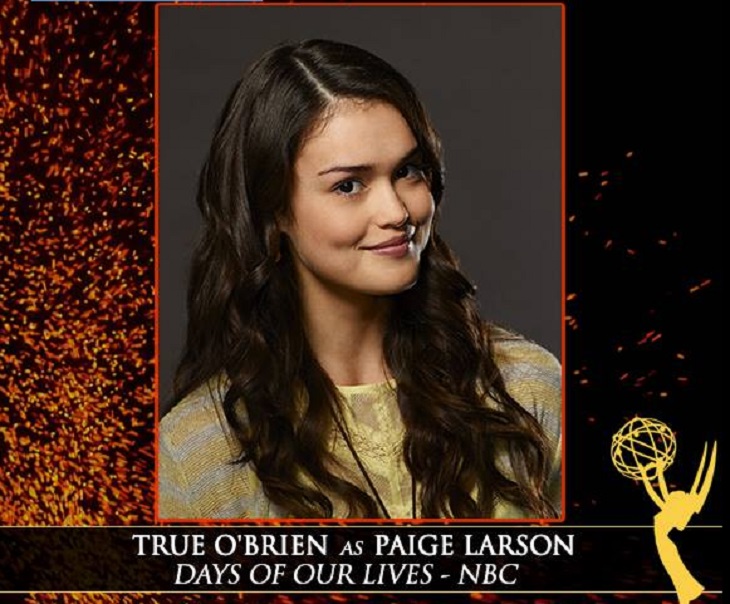 The 43rd Annual Daytime Emmys will be presented on May 1 and we wonder which younger actress will take home the coveted golden statuette?

Will it be ‘GH’ Brooklyn Rae Silzer [Emma] whose heart was broken when her father Patrick Drake [Jason Thompson] and Sam Morgan [Kelly Monaco] had ended their engagement leaving Emma once again grasping for a mother figure?

Perhaps Hunter King may take home the award for a third time? Did Hunter pull off an award-winning performance when Summer found out her murdered husband Austin Travers [Matthew Atkinson] had been unfaithful to her with aunt Abby Newman [Melissa Ordway]?

Did ‘DOOL’ True O’Brien turn in a Daytime Emmy winning performance as Paige who discovered her mother Eve Donovan [Kassie DePaiva] had an affair with her boyfriend JJ Deveraux [Casey Moss]?

Related: Who Will Win The 2016 Emmy For Outstanding Supporting Actress?

‘B&B’ viewers may be split on which actress they hope wins the Outstanding Younger Actress award. Will it be Ashlyn Pearce as a mad-as-hell Aly who was on a mission to kill Steffy Forrester [Jacqueline MacInnes Wood]? Or will it be Reign Edwards whose character Nicole took on the heavy responsibility of being a surrogate for her sister Maya Forrester [Karla Mosley] and brother-in-law Rick Forrester [Jacob Young].