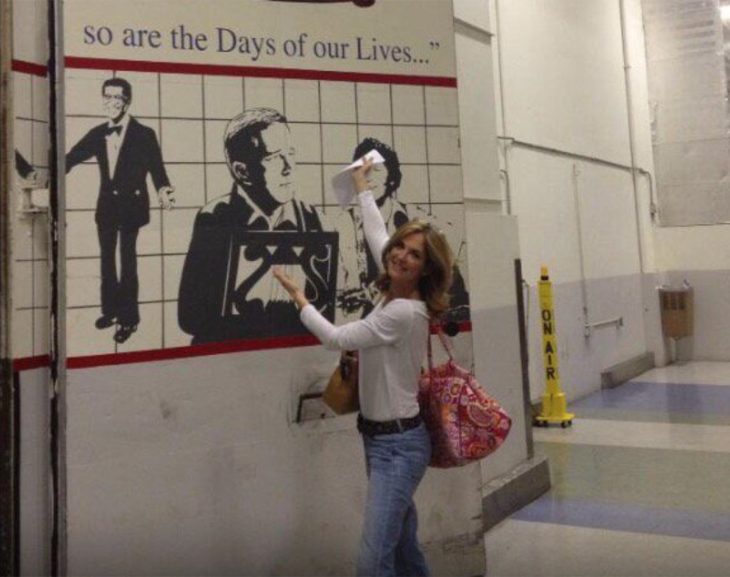 Kassie DePaiva may most be remembered for her role as Blair Cramer on the defunct One Life to Live from 1993 – 2013 when the show was cancelled on ABC. Ever since the cancellation of the show DePaiva made a few appearances as Blair on ABC’s General Hospital and later came as an Eve Donovan recast on Days of Our lives back in June, 2014. This year would mark her second anniversary as Eve if she was staying with the show until June but unfortunately she appears for the final time tomorrow, February 2.

DePaiva is a talented actress; she is also the wife of American actor James DePaiva who played the character of Max Holden on One Life to Live. Ever since her debut as Eve, she brought her raw talent to the screens and got a huge number of fans. Eve had to deal with reignited rivalry with Jennifer Horton (Melissa Reeves) and her daughter Paige (True O’Brien) dating Jennifer’s son JJ played by Casey Moss.

In 2015, Eve secretly had an affair with her daughter’s boyfriend, which was later revealed when Jennifer walked in of JJ and Eve in bed together. This caused their rivalry to get even worse and she was at odds with her daughter. Unfortunately, her daughter suffered a horrible demise at the hands of the serial necktie killer. Kassie Depaiva gave us some Emmy worthy moments dealing with the death of her only daughter. Kassie had us crying in front our screens; she really displayed some raw emotions and showed us why she is indeed deserving of the 2016 Emmy for the lead actress category. Ever since the death of her daughter, she hasn’t been on screen much. With not having much stories to tell of the character, the shows decision to drop the actress and focus on other stories. Look for Depaiva’s final episode to air tomorrow.

Are you sad to Kassie DePaiva exit the series? Do you think Days of Our Lives should bring the actress back?