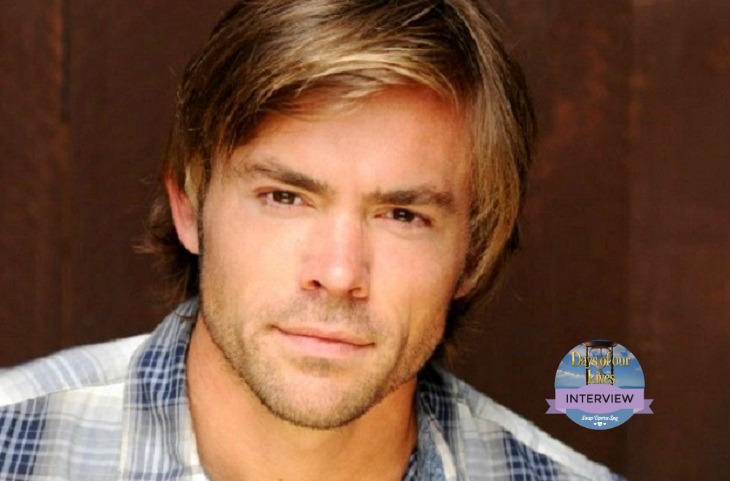 ‘Days of Our Lives’ is turning up the heat for the summer. ‘DOOL’ spoilers tease marriages, romantic hook-ups, new faces and much more this summer for the NBC soap opera. John-Paul Lavoisier is fairly new to the NBC daytime drama playing the role of Phillip Kiriakis. Phillip is left in a place where he is heartbroken and making amends with his father, and Lavoisier spoke with Soap Central about what’s to come.

Lavoisier is very thrilled about his role on ‘Days of Our Lives.’ As he recalls starting out he remembers how happy he was to still be able to still remember lines. On the topic of the love triangle between himself, Belle [Martha Madison] and Shawn [Brandon Beemer] he shared that he was not surprised that Belle reunited with Shawn and somehow sailed off into the sunset.

Related: Mystery Man Monahan Arrives At Salem PD, Confesses To Stefano’s Murder – Why Is He Lying?

Philip is affected by the fact that Belle chose to leave town with another man. According to Lavoisier, “Belle and I actually have a nice scene — well it wasn’t nice, but as actors, it was nice — we have a scene where her and I agree that we’re not going to be business partners anymore, that we’re going to dissolve the record label that we were trying to have together. It’s not a goodbye, but it turns out it will be our goodbye, because it’s our last scene together.”

But Belle’s leaving town only affects Philip temporarily because Chloe [Nadia Bjorlin], one of his old lovers is back in town. Lavoisier also shares that since Deimos [Vincent Irizarry] and Chloe are somehow connected, viewers could see a love triangle between Chloe, Deimos and Philip. So Philip is dealing with a broken heart and tries to block that out by focusing on business and fixing things with his dad Victor [John Aniston], but Chloe shows up.

The’actor dished to Soap Central, “Philip never got Chloe completely out of his system. And she’s a hell of a singer, and you know he’s got that company.” So it looks like once again Philip and Chloe are gonna hook up this Summer, but will it last?

What do you think fans? Should Chloe be with Deimos or Philip? Do you think Philip and Victor should make amends?  Share your thoughts in the comments below and don’t forget to check Soap Opera Spy daily for all of your ‘Days Of Our Lives’ spoilers and news.