‘All My Children’ Interview: Susan Lucci Talks About Family, Grandchildren And Happiness At Age 69 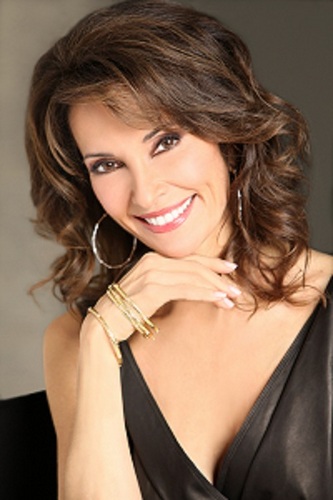 ‘All My Children’ alum Susan Lucci [Erica Kane] and current ‘Devious Maids’ star [Genevieve Delatour] is opening up about life as a grandmother. Can you believe that Susan is 69-years-old and has four grandchildren?

In an exclusive interview with Closer Weekly on newsstands now, Susan gushed about her family and her illustrious career. “Since I was a girl, I wanted to be an actress, but I also wanted a family. I feel so blessed that we’re all intact and happy. To me, it doesn’t get any better.”

Susan and her daughter Liza Huber [‘Passions,’ Gwen Hotchkiss] are spokeswomen for the United Cerebral Palsy of New York City. Liza’s seven-year-old son Brendan was diagnosed with Cerebral palsy in 2010. Susan’s grandson recently underwent a surgery that now allows him to stand up straight and it was a complete success, Susan divulged.

Grandchildren have become the focal point of Susan Lucci’s life. ‘All My Children’ Erica Kane may not have enjoyed being called grandma, but Susan is completely opposite. “I love the hugs and kisses! And Hayden comes running to me in her tutu shouting, ‘Grammy! Grammy!’  This warmth from the children is the best.”

Susan Lucci looks better than ever. It’s difficult that the iconic actress, who finally won a Daytime Emmy for Best Actress after 19 nominations, will celebrate her 70th birthday on December 23, 2016. Susan certainly doesn’t show any signs of slowing down anytime soon. Season 4 of ‘Devious Maids’ returns on Monday, June 6. Fans can’t wait to see what is in store for Genevieve Delatour this year.

‘The Bold And The Beautiful’ Spoilers: Steffy and Quinn in Bitter Showdown Over Wyatt and Liam