‘The Young and the Restless’ Rumors: Who Murdered Austin and Courtney? – Check Out All the Top Suspects! 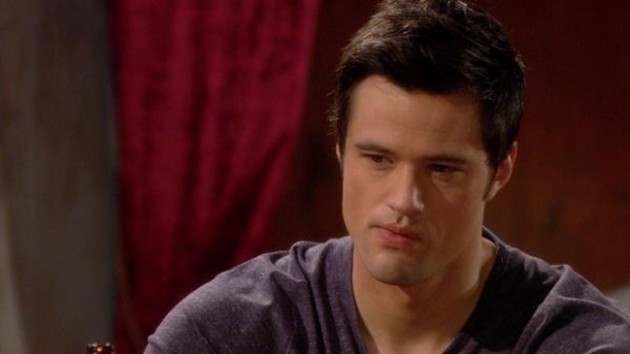 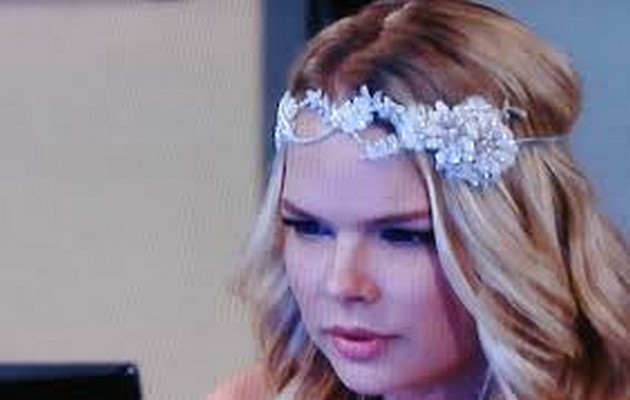 Here at Soap Opera Spy, we have been making a list and checking it twice on all the latest suspects in the now TWO murders that have rocked the residents of Genoa City. Austin Travers [Matthew Atkinson] was murdered on Valentine’s Day night and Courtney Sloane [Kelli Goss] was murdered on her wedding day. Here is a list of our top contenders. Let us know what you think and if you’d like to see someone else’s name added to this growing list!

Summer Newman Travers [Hunter King]. Her late husband Austin was cheating on her with Abby Newman. Could that simply be her motive? Did Summer find out her husband was sleeping with her aunt? Did Courtney find out the truth and perhaps Summer wanted to shut her up permanently?

Abby Newman [Melissa Ordway]. Abby was the “other woman” Austin was having an affair with. Could Abby have felt jilted by Austin when he wanted to break things off with her? Did Abby try to stop Courtney from coming forward with the newly found information?

Kyle Abbott [Lachlan Buchanan]. Kyle admits he never liked Austin from the get-go. He secretly came back to Genoa City and confronted Austin about his affair with Abby. Did Courtney find the rest of the footage from Chancellor Park implicating Kyle or his father Jack [Peter Bergman]?

Ben “Stitch” Russell [Sean Carrigan]. Stitch is extremely over protective of Abby Newman. What did Stitch say on his interview with Austin? Or did Austin find out something from the past that Stitch didn’t want exposed? Maybe Courtney was able to see the rest of the interview and knew the secret.

Ian Ward [Ray Wise]. Did Ian give Austin an interview on his total hatred of the Newmans? Maybe along the way, Austin uncovered more of Ian’s past cult digressions. Courtney may have been ready to take Ian down again, but he stopped her dead in her tracks.

Sharon Newman [Sharon Case]. Sharon gave Austin an interview that exposed Victor’s [Eric Braeden] bribing of a girl who was seriously injured at the ranch years ago. Sharon also admitted she tried to pay Austin off to delete the interview. When Austin wouldn’t, could Sharon have killed him and erased the video? Maybe her soon-to-be daughter-in-law uncovered Sharon’s crime. Sharon could have been afraid she would lose Faith for good and she may have decided to end Courtney’s life before she was exposed.

Fenmore Baldwin [Max Ehrich]. Another one who totally admitted he was no fan of Austin. Fen hated the fact his BFF was married to Austin. Fen slipped out of the cabin to bury the murder weapon and reported Austin’s dead body was missing. Did Courtney put the pieces of the puzzle together and figure out it was Fen?

Dylan McAvoy [Steve Burton]. Dylan is willing to help Sharon and even lie to the police to keep her out of trouble. Did Dylan go after Austin and maybe his rage got the best of him? Was Courtney aware of Dylan’s involvement?

Joe Clark [Scott Elrod]. Joe is possibly the long-lost father of Austin. Did Austin uncover something sinister about Joe?  Perhaps Austin learned it while he was filming a commercial for Joe a few months ago. Maybe Courtney stumbled across this information, too.

Nicholas Newman [Joshua Morrow]. Nick is Summer and Noah’s [Robert Adamson] father. Did he have an axe to grind with Austin because he did not let Nick know about his crumbling night club? Nick also admitted to only liking Austin because of Summer. Did Courtney learn that Nick killed Austin?

Sage Warner [Kelly Sullivan]. Was Sage working with Austin to take down Victor and avenge Harold Bingham’s suicide when Austin double-crossed her? Did Courtney figure everything out?  Maybe Sage killed Courtney to stop her from ruining her relationship with Nick Newman.

Ashley Abbott [Eileen Davidson]. Did Austin uncover Ashley’s secret about not being a true Abbott? Perhaps Ashley wanted to quiet Austin before he released his documentary to the world. Courtney could have learned about Ashley’s involvement and paid the price with her life.

Austin Travers. Is Austin faking his own death to sit back and watch the rich and famous of Genoa City accuse each other of murder? Or could someone really have been after Austin? Maybe he faked his own death and plans on resurfacing when the coast is clear. Courtney could have figured out his plan and Austin may have killed her to make it look like there’s a serial killer on the loose.

So Y&R fans, what do you think about all these suspects?  Who’s at the top of your list?  Let us know who you believe is guilty in the comments below and don’t forget to check Soap Opera Spy often for the latest “Young and the Restless” spoilers, rumors, updates and news.

Get Exclusive The young and the restless News & Updates!

‘The Bold and the Beautiful’ Spoilers: Deacon Puts His Foot Down, Tells Brooke to Back Off – Nicole Goes Behind Maya’s Back for Modeling Job

‘Days of Our Lives’ Spoilers: Kristen’s Back with Baby Drama – Paige and JJ Make Love, Eve Flips Out