‘The Young and the Restless’ Rumors: Could Sage and Chelsea Both Be Pregnant – Is Adam the Father of BOTH Babies? 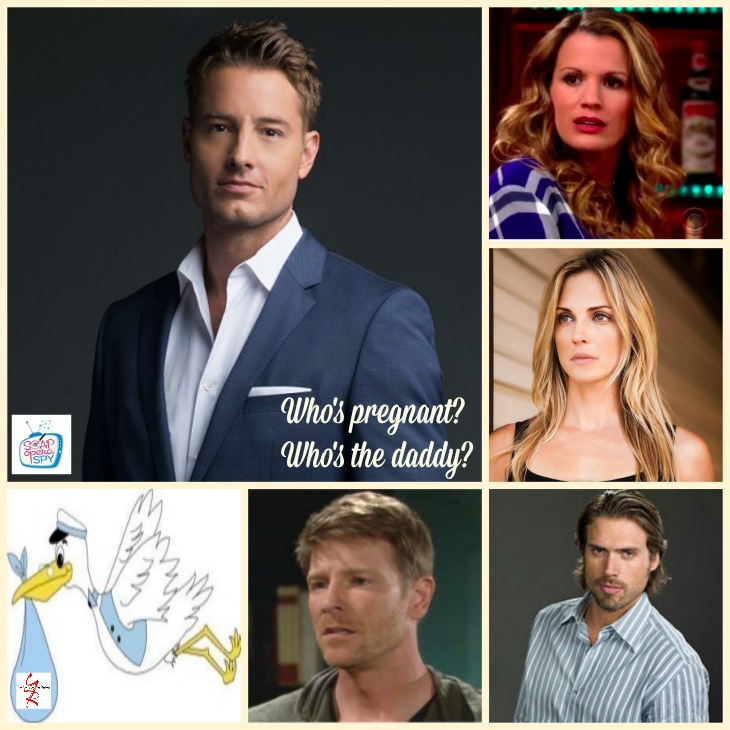 “The Young and the Restless” spoilers tease that big drama is coming for several Genoa City residents. If you believe the latest rumors, it sounds like that might include some baby drama. There could be not just one, but two pregnancies in the works. Word has it that Sage (Kelly Sullivan) will make a huge discovery that could affect the lives of those around her. It’s possible that Sage will find out she has a bun in the oven, which means “The Young and the Restless” viewers can start taking bets on who the father might be.

If the baby turned out to be Adam’s (Justin Hartley), Sage would likely be horrified. Well, she’d at least pretend to be horrified. Deep down, Sage probably has a little crush on Adam. (Don’t we all?) Nevertheless, Sage would undoubtedly prefer that Nick (Joshua Morrow) be the father of her child. Sage’s financial woes would be over and she’d have her picture perfect relationship. Unfortunately, her plans could get derailed when it’s revealed that Gabriel is actually Adam. Once Nick finds out that Sage has been keeping Adam’s secret, he’s going to flip. When you add in the possibility that Adam could be the baby daddy, poor Nick’s ego would take a major hit.

Next, we have the second part of this pregnancy double whammy. Chelsea (Melissa Claire Egan) could have a baby on the way. Again, it becomes a paternity guessing game. If Chelsea got the news that the child was Billy’s (Burgess Jenkins), you could expect some tense moments. Billy and Victoria (Amelia Heinle) seem to be reconciling and that could put Victoria in the middle of all this. Little Johnny (Holden and Ryan Hare) is already the product of a one-night stand between Billy and Chelsea. Victoria would probably stand by her man since she’s basically been through this with Billy and Chelsea before. If Chelsea got knocked up by Adam, they could please many Y&R fans by expanding their brood.

Of course, there’s another route the writers could take and it could cause quite a stir. Sage and Chelsea could both end up pregnant by Adam. This revelation would give Sage definite ties to Genoa City. Her child would already have a half-brother in Connor (Gunner and Ryder Gadbois) and he or she would become a part of the whole Newman family. When everyone learns Gabriel’s true identity, this could turn into a complete mess. Both Chelsea and Sage would certainly have to make some updates to their lives. Still, watching all the hormones raging might provide some comic relief for an otherwise intense storyline.

Bottom line, there could be one pregnancy, two pregnancies, one father, two fathers…who knows? Anything’s possible on the CBS soap. There’s no predicting where the writers might go with this. All of these options would make for some entertaining scenes over the next nine months. Stay tuned to “The Young and the Restless” to see if there are some gorgeous babies headed to Genoa City.

So Y&R fans, what do you think about the idea that there could be several pregnancy storylines coming up? How would you like to see this play out? Would you like to see this mix and match baby drama? Let us know what you think in the comments below and don’t forget to check Soap Opera Spy tomorrow for the latest “Young and the Restless” spoilers, rumors, updates and news.

‘The Bold and the Beautiful’ Spoilers: Katie and Bill Argue About Morals – Bill Wants Spencer Publications to Print a Scandalous Rumor

‘The Young and the Restless’ News: Writer Jean Passanante Confirms Exit From Y&R