‘The Bold and the Beautiful’ Spoilers: Eric Bashes Ridge and Caroline’s Relationship But Supports Rick and Maya Being Together 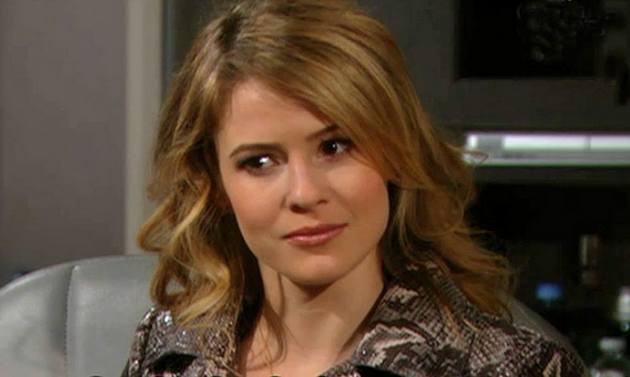 The latest “Bold and the Beautiful” spoilers hint that a father/son battle is in the works and it’s not the one many B&B viewers saw coming. It seems that a rift is forming between Eric (John McCook) and Ridge (Thorsten Kaye). Now that Eric has offered his support to Rick (Jacob Young) as CEO of Forrester Creations, Eric and Ridge certainly don’t see eye to eye. Ridge undoubtedly felt he deserved the position in the first place, but Rick’s impossible behavior and nasty attitude have really pushed Ridge to his breaking point. As for Eric, it’s all about the numbers. Rick had a smashing sales quarter and that’s all that seems to matter.

Unfortunately for Rick, Eric’s about to cross a line that may lead Ridge to join Liam’s (Scott Clifton) fight to take control of the company. “The Bold and the Beautiful” spoilers tease that Eric will indicate he thinks Maya (Karla Mosley) is a stabilizing influence in Rick’s life and offer his support to the couple. However, Eric will refuse to condone the relationship between Ridge and Caroline (Linsey Godfrey). If Eric doesn’t want Ridge to be happy, then why should Ridge care if Eric gets caught in the crossfire? Stay tuned to B&B to find out if Eric’s disapproval will be the final straw that pushes Ridge to join Liam’s team.

Other “Bold and the Beautiful” spoilers reveal that Brooke (Katherine Kelly Lang) is about the hit rock bottom very soon. Brooke is drunk more than she’s sober these days and it’s starting to take toll on her life as well as the lives of those around her. The rumors say Brooke will fall and hit her head after boozing it up. It seems the fall will be a wake-up call for Brooke, who will soon find herself seeking help for her drinking problems. Jill Whelan, who’s known for her role as Vicki Stubing on “The Love Boat,” set to appear as Brooke’s group counselor on March 11 and 12. Perhaps Jill’s character can talk some sense into Brooke before it’s too late.

So B&B fans, what do you think about the news that Eric and Ridge will butt heads again? Do you think Ridge will ultimately join forces with the Spencers to take Rick down? What about Brooke’s drunken moment? Will it convince her to turn her life around? Let us know what you think in the comments below and don’t forget to check Soap Opera Spy tomorrow for the latest “Bold and the Beautiful” spoilers, rumors and news.

Get Exclusive ‘The Bold and the Beautiful’ Spoilers: Eric Bashes Ridge and Caroline’s Relationship But Supports Rick and Maya Being Together News & Updates!

‘The Young and the Restless’ Spoilers For March 5: Nikki Arrested For Attempted Murder; Sharon Wants Dylan, A Mysterious Threat Appears