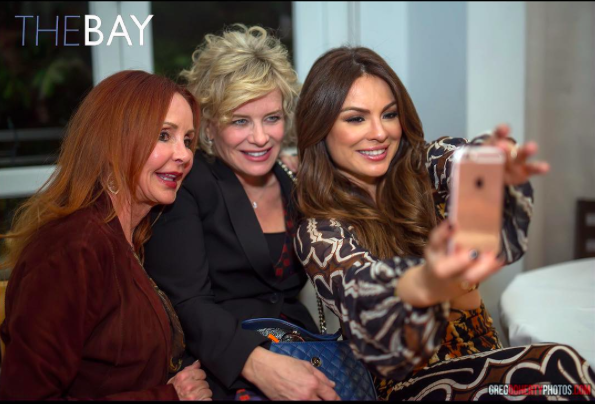 A photo of Evans, Zeman and Melgar smiling for a selfie was also shared on the web series official Instagram page. The snapshot is captioned, @JackieZeman @marybeth_evans1 @lillymelgar = beauty, class and #WomenCrushWednesday! thebaytheseries.com #Bayhem.” 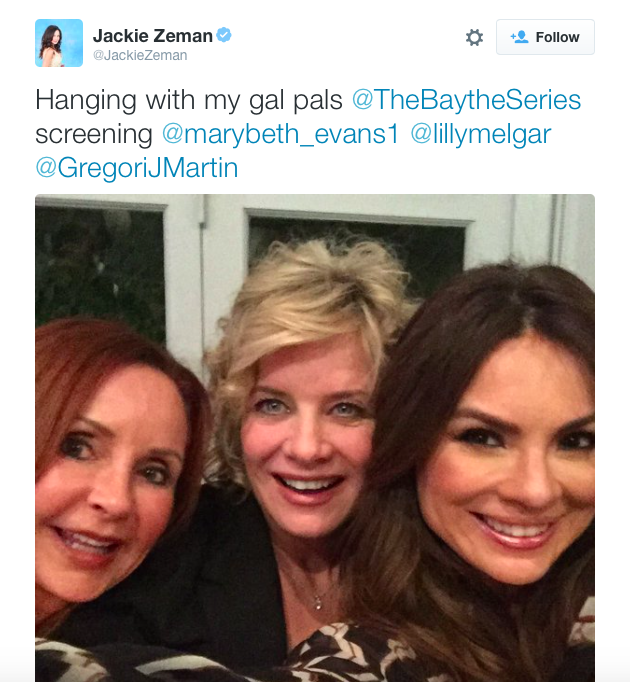 More tweeting from Mary Beth Evans as she shared her excitement, too. “So excited to see what’s up in #BayCity when the new episodes of @TheBaytheSeries premiere today! #bayhem.” Mary Beth also shared links to the first two episodes of “The Bay” on her Facebook page. 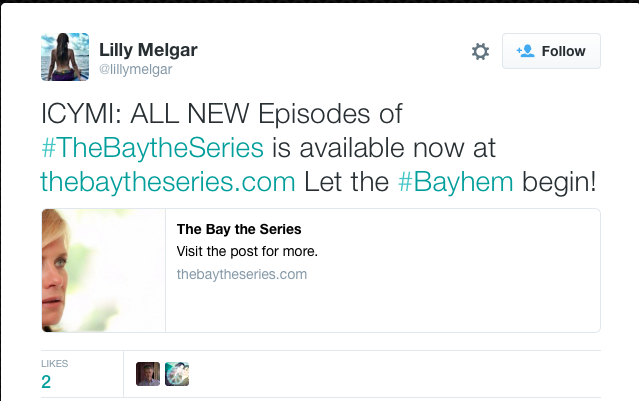 Lilly Melgar got in on the Twitter party for “The Bay,” too. The actress reminded fans that new episodes were available. ”ICYMI: ALL NEW Episodes of #TheBaytheSeries is available now at http://www.thebaytheseries.com  Let the #Bayhem begin!”

In case you did miss the first two episodes of the fourth season premiere you can catch them on Vimeo. New episodes of the web series will be released on Tuesdays and Thursdays. The list of release dates are as follows:

Bay City matriarch Sara Garrett (Mary Beth Evans, “Days of Our Lives”) is behind bars awaiting trial for murder. Sara’s youngest son Pete Garrett (“X Games Champion Kristos Andrews”) is willing to marry his former lover Vivian Johnson (Karrueche Tran) in an attempt to secure his mother’s freedom.  Janice Ramos (Indie Series Award nominee Lilly Melgar, “General Hospital”) deals with the aftermath of a brutal rape as well as the rage of her betrayed daughter Lianna Ramos (Jade Harlow, “ZOO”). An angry John Blackwell (Ronn Moss, “The Bold and the Beautiful”) is about to pull the trigger as the conniving Steve Jensen (Matthew Ashford, “Days of our Lives”) plots to take over the Garrett empire.