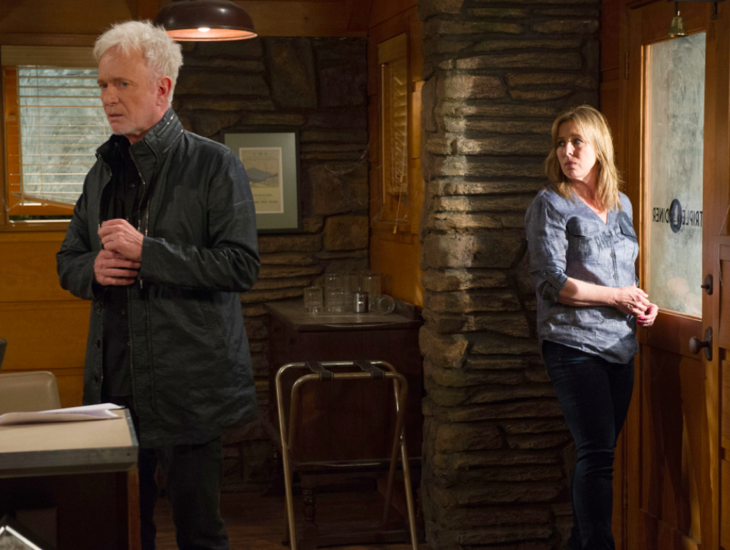 After 37 years of entertaining fans and playing Luke Spencer on “General Hospital”, 68-year-old actor Anthony Geary has said goodbye to the role that has earned him countless fans, and years of memories.

Anthony Geary had no intentions of crying on his last day of General Hospital, but according to Entertainment Weekly, Geary could not help but shed a tear when his current and past cast members showed up to say goodbye and bid him farewell. Fan favorites like Kin Shriner, Finola Hughes, Leslie Charleson, Kristina Wagner, Lynn Herring, and obviously, Genie Francis, all showed up to say goodbye to Geary on his last day of the ABC soap General Hospital. 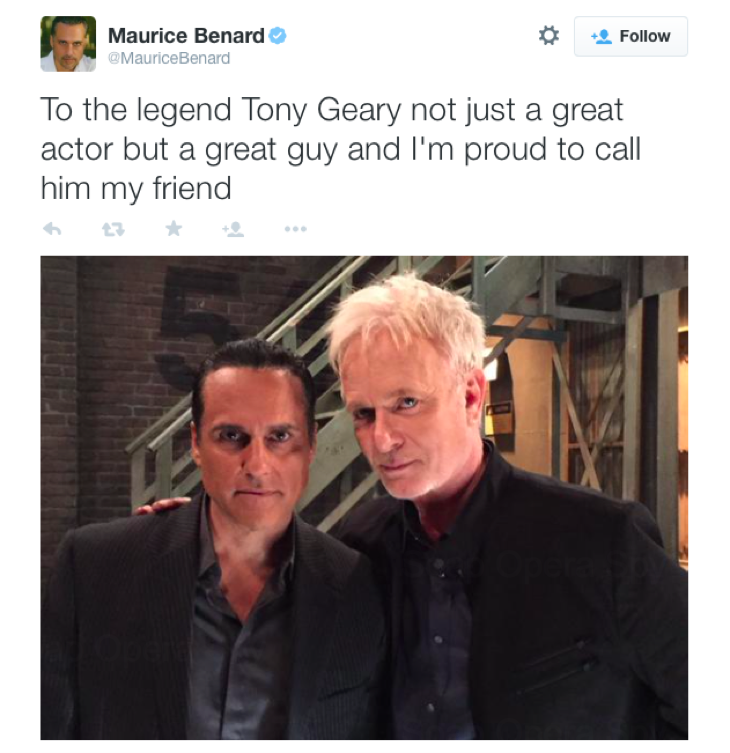 Maurice Benard, who plays Sonny Corinthos, also showed his appreciation for everything Anthony Geary has done for General Hospital by tweeting out a photo of himself with Geary that said, “To the legend Tony Geary not just a great actor but a great guy and I’m proud to call him my friend.”

After Geary shot his final scene of General Hospital on the Los Angeles set, close to 200 members of the cast and crew arrived to pay tribute to Geary who is best known to many as Luke Spencer. Geary joined the soap as Luke Spencer back in 1978 and has been a fan favorite ever since.

Frank Valentini, the executive producer of General Hospital displayed a video montage of some of Geary’s most iconic moments and scenes from his 37 years on General Hospital.

Genie Francis spoke at the farewell party for Anthony Geary and said, “Thank you for putting up with me as petulant teenager.” Of course, Francis was referring to her on screen relationship with Geary that really launched both actors into stardom. “Thank you for the best acting partnership I’ve ever known,” said Francis.

Geary, got choked up during his farewell. At the event he spoke with Entertainment Weekly and said, “I’m excited to raise the curtain on act 3, to reinvent myself in my new home to pursue whatever opportunity there may be. It’s an exciting prospect to me. They’ve done a wonderful job of wrapping up the character. So this seems like the ideal time to go.”

Anthony Geary wanted fans to know that he is very optimistic about the future of soap operas, and despite the few years that shows were getting cancelled left and right, he believes that things will only continue to get better from here on it.

If you want to catch Anthony Geary’s last episode of General Hospital, be sure to tune-in to his farewell arc this summer.

‘The Bold and the Beautiful’ Spoilers: Eric and Brooke Overjoyed by Zende’s Return, Thorne Comes Back to Chaos – Will Brooke Find Love?