‘General Hospital’ Storylines: Most Absurd GH Plots Ever – Vote for the One You Love to Hate (POLL) 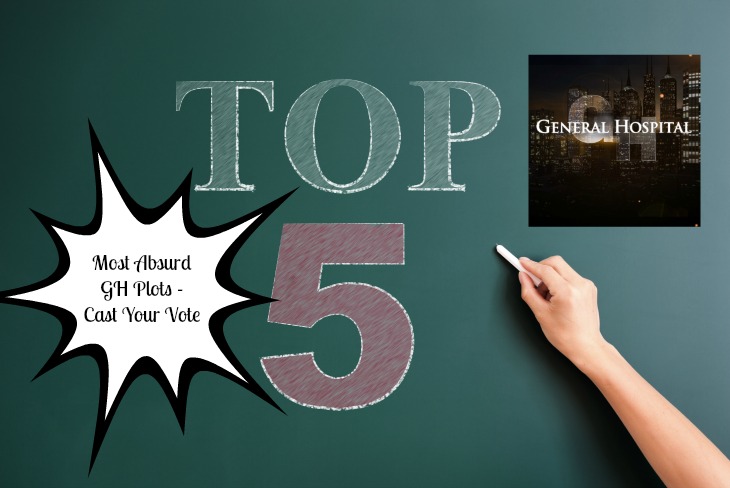 It’s a given that “General Hospital” plots will occasionally be outrageous and, as fans, we face and accept the unlikelihood of many silly notions the writers come up with. But every now and then, it’s so ridiculous that we just want to reach through our televisions and send a reality check directly into the writer’s room. Here are five of the worst General Hospital plots of all time. Check them out then vote in the poll below for the one you hated the most! 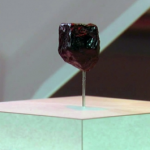 Back in the 1980s, the Ice Princess plot was the first time the Cassadines emerged as a “big bad” in Port Charles. The Ice Princess was the largest uncut diamond in the world that had been painted black and mounted on a statue. The statue contains a formula to make carbonic snow which can freeze a whole city, namely Port Charles. Mikkos Cassadine is on the Cassadine private island and threatens the world with the weather machine and will test it on Port Charles to prove his evil power. Luke Spencer [Anthony Geary] thwarted Mikkos’ dastardly plot but then at Luke and Laura Webber’s [Genie Francis] wedding, his widow Helena Cassadine [Elizabeth Taylor] showed up to put a legit curse on the couple. This was just silly, but at least the plot served as the first big adventure for super couple Luke and Laura. A revival of the plot in 2013 was just as ridiculous, like so many remakes tend to be! 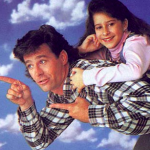 If you weren’t watching General Hospital back in 1990, man you missed a whopper of a bizarre and lame plot. Casey Rogers [Bradley Lockerman] was an alien from a distant planet named Lumina. He makes friends with Robin Scorpio [Kelly McCullough]. You’ve got to give Robin credit – whether it’s a kid with HIV, a mobster or a hit man – she’s never one to shy away from making unusual friends, but this one was, quite literally, just too far out there. Casey needs a crystal to get out of Port Charles and back home so, of course, the crystal is located on the corner of Cassadine Central on Spoon Island. They get the crystal away from Cesar Faison [Anders Hove] and Casey is able to go back home. But to make this even stranger, Casey had a human doppelganger named Shep Casey that Robin’s mom Anna Devane [Finola Hughes] shagged before he left town. It’s just bizarre, right? 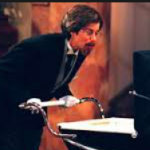 Seems like so many of the ludicrous plots on GH revolve around the Cassadines and this one is no exception. After Alexis Davis [Nancy Lee Grahn] gave Luis Alcazar [Ted King] a much-deserved shove to his death, she faked a mental disorder to avoid jail. Then custody of her newborn daughter with mobster Sonny Corinthos [Maurice Benard], Kristina Corinthos, was awarded to Ned Ashton [Wally Kurth] and baby Kristina went to live with the Quartermaines. So an obviously “sane” Alexis decided to gender bend, dress as a dude and get a job at the Q mansion as the butelr Dobson. And no one noticed that Dobson looked like a hairier version of Alexis. Dobson flirted with wrestler/maid Alice Gunderson [Bergen Williams] and Judge Farmer but then had to reveal her apparently perfect disguise once shrink Dr Cameron Lewis [Lane Davies] discovered her “clever” ruse. 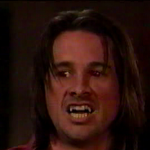 The vampires started out on ill-fated General Hospital spin-off Port Charles but when PC was canceled, they tried to integrate some of the Port Charles cast back onto General Hospital. Lucy Coe [Lynn Herring] had been a vampire slayer but went back to being an everyday busybody. Vampire Caleb Morley [Michael Easton] wants to be with Sam Morgan [Kelly Monaco] because she was the doppelganger of his vampire bride-to-be Livvie Locke. Then they decided to change it up and say that Caleb wasn’t really a vampire but a rocker with a vampire altar ego/stage presence who went crazy after his wife died and just “thought” he was a vampire. Caleb was then “killed” by his doppelganger John McBain with a silver arrow but later it’s revealed he’s not dead and supernaturally stole a body and becomes Stephen Clay. Later his brother (another doppelganger!) Silas Clay comes to Port Charles. 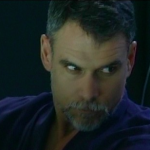 For a family with an island in toasty Greece, the Cassadines sure love their cold weather plots. Stavros Cassadine [Robert Kelker Kelly] is the son of Mikkos and Helena Cassadine [Constance Towers] and father of Nikolas Cassadine [Tyler Christopher] child of Stavros’ rape of Laura Spencer. He “died” after a fall down the stairs at GH, but was really frozen by his evil mother Helena. He was thawed out in 2001 so he and his bad mummy could engage in bioterrorism, but was then “killed” again by Luke Spencer in an another unfortunate fall. A decade later, Stavros is thawed again (does he not get freezer burn?) and kidnaps Lulu Spencer [Emme Rylan] and freezes her because he loves her. He’s then frozen for a third time (what?), then thaws out long enough to try and implant an embryo he fertilized into Lulu. Stavros is shot (finally!) but Helena rescued the embryo and (of course) froze it. OMG! Brr!!

‘The Bold and the Beautiful’ Spoilers: Aly and Steffy Argue Over Past, Aly Comes Unhinged at Staff Meeting – Darla Appears to Give Guidance

‘Days of Our Lives’ Spoilers: Brady Lays Down Law, Delivers Ultimatum to Victor – Eve Needs Theresa’s Help to Get Revenge on Jennifer