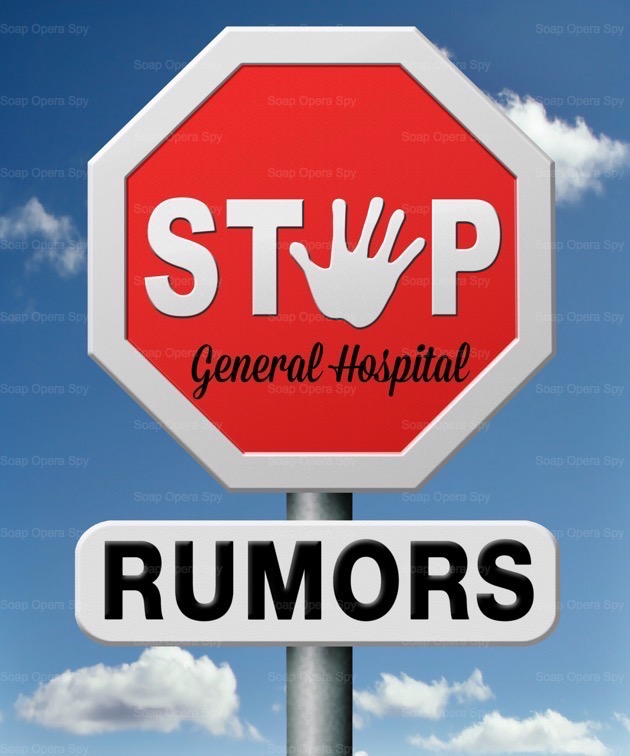 General Hospital is never short on rumors and the rumor mill has been working overtime lately. With so many unfinished storylines fans have been speculating non-stop about what is going to happen, so we decided to compile some of the more interesting rumours for you.  Again, remember these are RUMORS!  We hope you enjoy them!

The Luke/Fluke story has been going on far too long and rumor has it the whole story is starting to wind down.  Word on the street is the demon Luke Spencer [Anthony Geary] was fighting one deep dark secret that is about to be revealed.   The secret that will soon be revealed is that Luke attempted to kill his drunken abusive father but instead he killed his beloved mother. Oh Em Gee!  It all went down in the basement, could he have used the baseball bat we all saw him swinging around when he was halucinating?

All My Children alum, Rebecca Budig is set to stay longer than it takes her to break up Liz and Jake/Jason. Rumor has it she sets her eyes on a Prince and gets tangled up in the ELQ shenanigans.  Lets hope Rebecca stays around for a while it would be nice to see Nikolas be happy in a romance for once.

As Tracy [Jane Elliot] and Lulu [Emme Rylan] are hot on the Spencer family trail they come across older sister Patricia Spencer’s daughter Valerie [Brytni Sarpy]  on March 20, 2015. Valerie is set to stay around for awhile as the story develops.

General Hospital will bring a character back at the end of May for May sweeps.  It could be Stephen Nichols but this rumor has not been substantiated.

Rumor has it that all of the pieces are slowly coming together with the Jake/Jason storyline.  Tittle-tattle has it that one person in Port Charles finds out who Jake/Jason is, could that person be Elizabeth? Will she keep quiet? Of course she will because sources tell us that the big Jason reveal is not until November sweeps! Say it aint so!

Morgan [Bryan Craig] and Kiki [Hailey Erin] will stop at nothing to get their baby sister out of the clutches of vengeful crazed Michael [Chad Duell]. Morgan will go to huge lengths to show the world and the judge that Michael is a boozer just like daddy dearest A.J [Sean Kanan] and unfit to have baby sister Avery. Hot gossip is that Morgan will actually switch Michael’s allergy medicine with something that makes him drowsy and appear drunk and spread rumors about the Quartermaine’s and how they are all drunks! Will this be enough to get Avery back home with the Corinthos family?  Something tells me this plan is not going to work like Morgan wants. 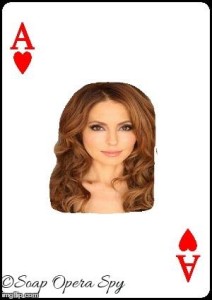 Franco and Nina get cut loose from Shadybrooke but have no place to go? No worries these two are double-trouble and find a way to fix that situation pronto. Can you guess what it is ? Franco pulls the Ace with Olivia’s face on it out of his pocket, yes that’s right folks he blackmails Olivia.  Remember when Olivia visited him at Shadybrooke she thought Franco was fried from a LSD trip so she spilled the beans about Julian being her baby Daddy. Unbeknownst to Olivia, Franco was faking. After Franco confronts Olivia with his ace card, Franco and Nina are no longer homeless they will  be living at the Metro Court with all of the trimmings.

Sources say Patrick [Jason Thompson] is so head-over-heels in love with Sam [Kelly Monaco] he can’t think of anything else, he pops a big question. He wants Same to move in with him and Emma and she agrees. The happy couple think they are living happily ever after, Emma [Brooklyn Rae Silzer] has a new baby brother [Danny Morgan] and all is well…..oh wait it’s a soap and there is nothing better than to see a couple all settled in when the ex-wife shows up. Yes look for Robin [Kimberley McCullogh] to return to stir up that happy couple and then some.  Further rumors tease that Robin will be the one to let everyone know that Jason is alive.

So what do you think SOS’ers? Can you wait until November sweeps for the big long anticipated Jason reveal? Are you looking forward to Robin coming back? Will Morgan and Kiki succeed in taking Avery away from Michal? Please share your thoughts in the SOS comments below.  Make sure to come back to SOS regularly for all the GH news, fashion rumors and more!