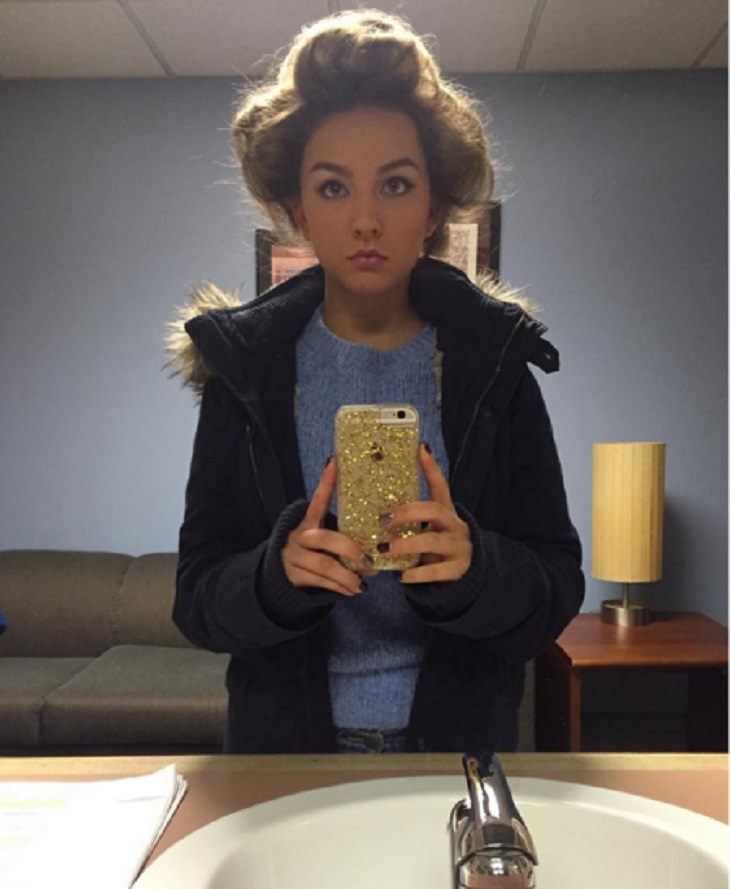 “General Hospital” (GH)’s Lexi Ainsworth (Kristina Davis) is the star of the new video “Loose” by Smoke Season. The video is the first of a four-part series. The music video takes you through a series of events in the life of a young woman named Samantha.

Ainsworth shared her excitement over the release of the video on Instagram. “Loose” has the potential to be a bit controversial. It follows a day in the life of a teenaged girl named Samantha. Sam is asked by her science teacher to read a report the teen has written. As she stands at the front of the class reading Samantha catches the eye of another girl in the class, and the two embark on an adventure exploring their sexuality.

The girls share a kiss – which leads Samantha to believe they are in a relationship. Later in the evening Samantha arrives alone to a party and catches her new girlfriend kissing a boy. Upset and hurt the teenager wanders around the party depressed, angry – and chugging tequila straight from the bottle.  As the night goes on Sam becomes more and more angry. Fueled by alcohol Samantha rushes into the kitchen, grabs the other young woman and pulls her in for a kiss. Unfortunately this is captured on video. By the next day everyone knows about it.

“General Hospital” fans may be surprised and/or shocked to see Lexi Ainsworth in this role. The video is a must watch but may not be appropriate for all ages – viewer discretion is advised. “Loose” will be released on Smoke Season’s upcoming EP “Ouroboros” due out in 2016. This official music video is part one of the Ouroboros Video Series directed by Scott Fleishman and is an APLUSFILMZ production.

‘The Young And The Restless’ Spoilers: Sage Holds Baby Sullivan – Why Doesn’t She Recognize Her Son?