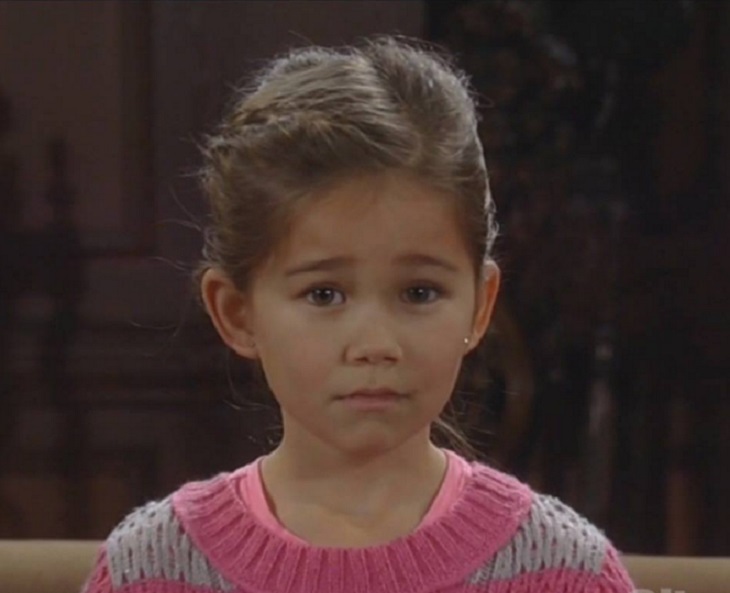 ‘General Hospital’ star Brooklyn Rae Silzer (Emma) is a very talented little girl – so it should come as no surprise that she has landed a guest role on a huge new TV show.  According to Brooklyn’s fan page on Facebook, the pint-sized actress has booked a gig on the highly anticipated new CBS drama ‘Criminal Minds: Beyond Borders,’ a spinoff off the wildly popular crime drama ‘Criminal Minds.’

This message was shared with ‘General Hospital’ fans via Facebook, “Brooklyn Silzer will be Megan Wolf in Criminal Minds:Beyond Borders.”  So far details on Brooklyn’s big primetime gig are few and far between seeing as how the show won’t be premiering until 2016.  It looks like Brooklyn was tapped just for the pilot episode – but that doesn’t mean that she won’t be appearing on any later episodes of the Criminal Minds spinoff.  Brooklyn also mentioned her big accomplishment in a recent interview with Star Kidz.

According to IMDB, Brooklyn will be co-starring on ‘Criminal Minds: Beyond Borders‘ along side some huge names like Gary Sinise, Kelly Frye, and Alana De La Garza.  The new CBS drama follows an FBI task force that rescues Americans that find themselves in trouble when they are travelling abroad, and are not within the protected borders of the United States.

Related: Jason And Robin Reunite – Is She The Hope For His Amnesia Cure?

Brooklyn Rae Silzer will make her big primetime appearance in 2016 on Wednesday March 2nd on CBS at 10:00 PM, don’t forget to set your DVR’s!  Soap Opera Spy would like to congratulate Brooklyn on her huge accomplishment, we couldn’t be more proud of Little Emma!