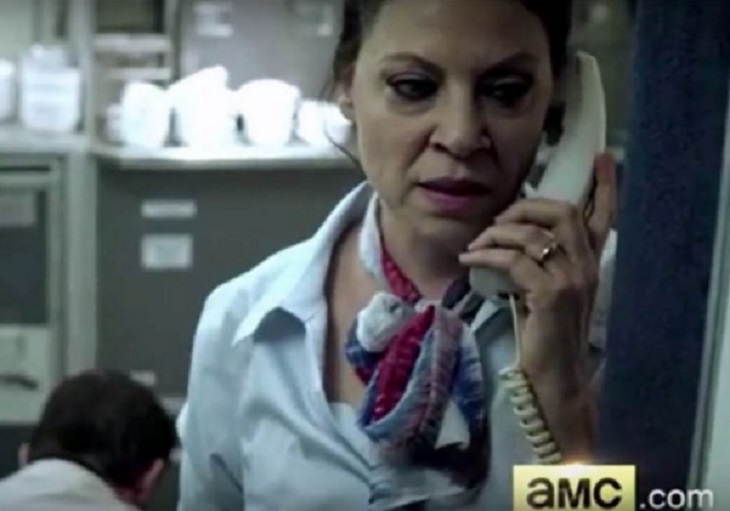 “General Hospital” vet Kathleen Gati [Dr. Obrecht] stars in AMC 16-part web series called “Fear the Dead: Flight 462.”  The series launched after AMC experienced an extremely successful pilot season of “The Walking Dead” prequel “Fear the Walking Dead” this past summer. Kathleen appears in a way you have never seen the talented actor on the ABC soap. In fact; many fans were shocked to see her in this very different role.

Gati plays a flight attendant on the web series when a zombie virus outbreak occurs in the air. The episodes are extremely short and occur on AMC mobile weekly on the commercial break during “The Walking Dead” new episodes.

The series is completely fictional, but Kathleen told ABC Soaps in Depth this wasn’t the first time she experienced a turbulent experience in the sky. Apparently, her parent’s escaped Hungary when her mother was expecting her and had a catastrophic phone crash, that almost claimed their lives!

Kathleen said, “When I was Minus-eight months old, my parents were escaping a revolution in Hungary and on their way out- they were in a horrific plane crash. They crashed in a cornfield in Germany, and several people died. My mother did not even know she was pregnant with me. I guess I had a very survival instinct because usually, you’d miscarry in that kind of shock and tragedy. My mother was in a sanatorium for about three months and just could not recover. My father collapsed in a coma. I have lived with this my whole life. Every time I board a plane, the religious side in me comes out [and I pray]”

‘General Hospital’ News: Michelle Stafford Teases HUGE Announcement – What Could It Be?