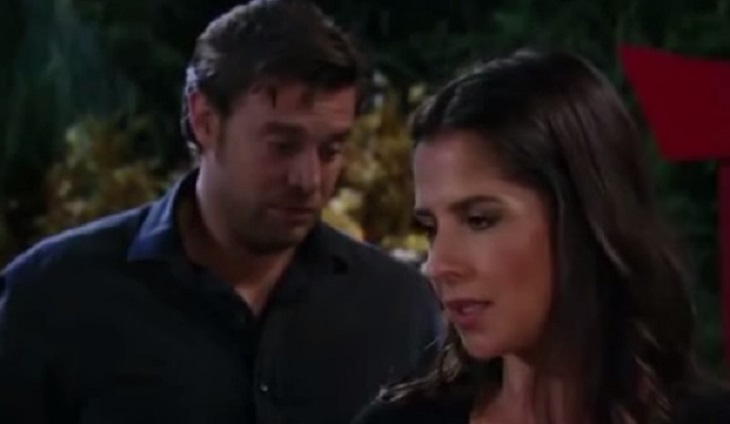 “General Hospital” fans went in to a frenzy over the summer when photos of cast members Billy Miller and Kelly Monaco frolicking in the ocean – and possibly even leaning in for a kiss hit the internet.  Of course, the fact that Miller and Monaco play the parts of star-crossed lovers Jason Morgan and Sam Morgan on the ABC soap opera didn’t exactly help matters any.  Sadly, Kelly Monaco insists that she and Billy Miller are “just friends” and she set the record straight on their relationship.

Kelly Monaco recently dished to CBS Soaps In Depth about the dating rumors that emerged after she and Billy Miller were spotted acting very much like a couple at a party hosted by Dancing With The Stars’ Cheryl Burke.  Kelly explained “Billy has become a very good friend. I’m one of the only single people on the show and so it Billy. So we hang out with friends and socialize outside of work.  Billy and I were hanging out with a bunch of friends. We went into the ocean, like many friends do. The picture looks like it’s a little more intimate than it is.”

Related: John Stamos Stars In ‘Bold And The Beautiful’ Spoof Along Side Julianne Moore

Seeing as how they are both single, they spend a ton of time together on set, and apparently off set – there is still a chance that sparks could fly between them at some point.  According to Kelly – that hasn’t happened yet though.  What do you guys think?  Were you hoping that the Sam and Jason portrayers were more than just friends?  Is there a chance that Kelly is denying the rumors just because they want to keep their relationship on the down-low?  Share your thoughts in the comments below!

“Days of Our Lives” (DOOL) Interview: Stephen Nichols Excited To Be Back As Steve “Patch” Johnson – Teases Upcoming Storylines