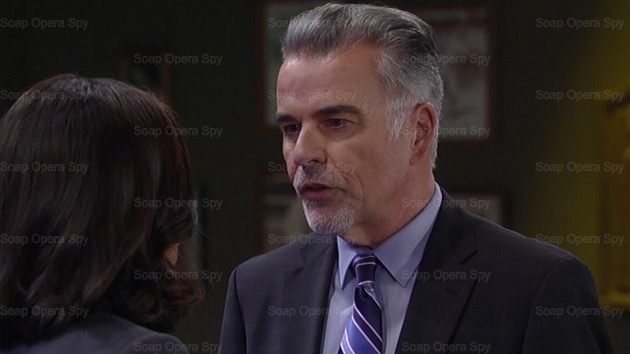 Is General Hospital’s Ian Buchanan [who plays Duke Lavery] exiting the show? According to Soap Opera Digest, TV Guide’s Michael Logan is reporting that Buchanan is indeed exiting his long running stint on General Hospital, even though the details surrounding his exit still aren’t very clear. 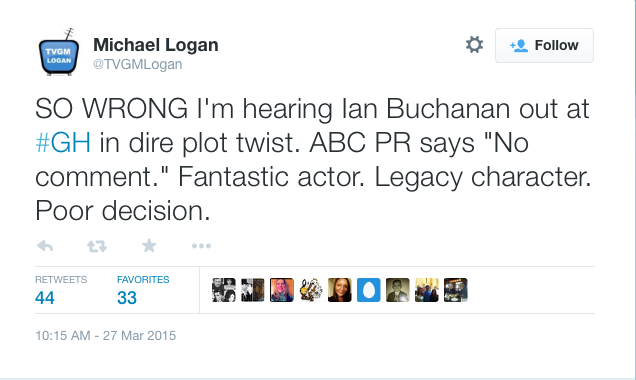 He posted, “SO WRONG I’m hearing Ian Buchanan out at #GH in dire plot twist. ABC PR says, “No comment.” Fantastic actor. Legacy character. Poor decision.” Well, ABC PR would say ‘no comment’ until the studio and network decided to go public with the news, which they clearly haven’t yet. However, this marks yet another soap star getting fired or let go on a last minute notice, which is clearly a result of the shows going in a different creative direction.

Perhaps they felt that Ian’s character had outlived his usefulness on General Hospital, perhaps there were salary disputes – whatever it is, Ian Buchanan’s Duke Lavery will probably meet a fiery end on General Hospital… that, or he’ll leave the city in an emotional good-bye, never to be seen again [until his character gets re-cast a few months or even years down the line].

What do you guys think about Ian Buchanan leaving General Hospital? Are you as upset as I am?  Do you think Duke will be killed as a result of a mob war?

‘The Young and the Restless’ Speculation: Was Gabriel or Sage Responsible for Delia’s Death-What Is Sage Hiding, Will Sage Betray Adam For Nick?