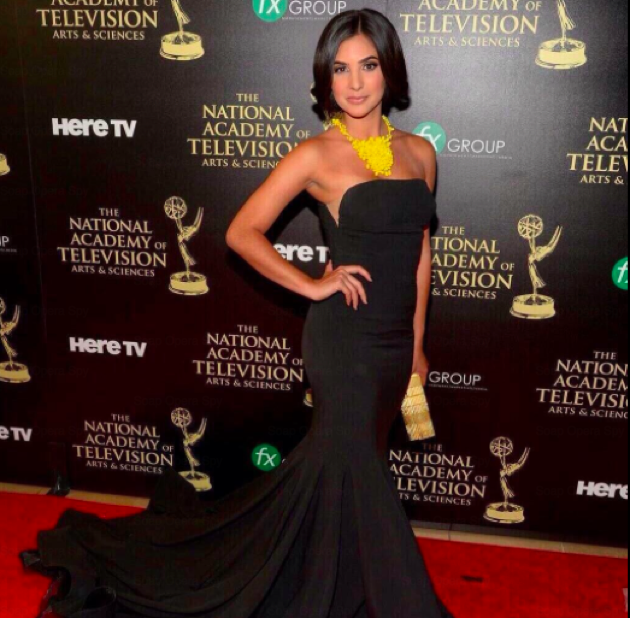 The latest “Days of Our Lives” news reveals that Camila Banus has signed on to reprise her role as Gabi Hernandez. Soap Opera Digest is reporting that Banus will return as part of DOOL’s 50th anniversary later this year. Gabi’s last scenes aired on June 12, 2014, but she’s made some scattered appearances since then. “Days” fans will remember that Gabi was given a dramatic exit storyline that involved the murder of Nick Fallon (Blake Berris) and a lengthy prison sentence. Gabi did get the possibility of parole, but it’s doubtful that DOOL writers would let her be released just yet. There’s no word on how many episodes Banus agreed to shoot, but many “Days” viewers will enjoy having Gabi back as for long as they can. Banus was praised for her performance and she’s even nominated for a Daytime Emmy in the Younger Actress category. Check out the 2015 Daytime Emmy Awards on April 26 to see if Camila Banus will take home a statuette.

“Days of Our Lives” spoilers tease that big trouble lies ahead for Will (Guy Wilson) and Sonny (Freddie Smith). Gabi will naturally be concerned about the turmoil at home for little Arianna (Harper and Sydnee Udell). At least Rafe (Galen Gering) will be around to make sure Ari is taken care of. Perhaps Gabi’s visitors will give her updates on everything that’s going on in Salem. We’ll let you know when the dates for Gabi’s episodes are announced.

Camila Banus joins several “Days” vets that are set to make appearances this year. Peter Reckell signed on to reprise the role of Bo Brady and Stephen Nichols will soon be back as Steve “Patch” Johnson. There have been some rumors that Alison Sweeney is in talks to return as Sami at some point. “Days of Our Lives” spoilers hint that huge storylines are coming as the writers try to honor the show’s history. There could be even more fan favorites on the way. Stick with DOOL to see who else will pop up in Salem.

So “Days” fans, what do you think about the news that Camila Banus will be back as Gabi? Are you excited about all the returning soap vets for the NBC soap’s 50th anniversary? Let us know what you think in the comments below and don’t forget to check Soap Opera Spy tomorrow for the latest “Days of Our Lives” news, spoilers, rumors and updates.

‘Days of Our Lives’ Rumors: Paige Pregnant, Takes a Dark Turn – The Fallout of Eve and JJ’s Affair