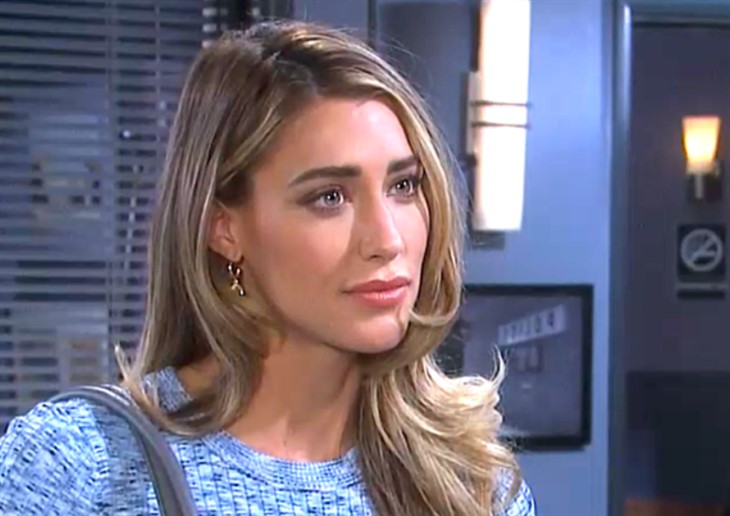 Days of Our Lives spoilers reveal that Sloan Petersen (Jessica Serfaty) consoles Eric Brady (Greg Vaughan). Meanwhile, a drugged Nicole Walker (Arianne Zucker) tries to bed EJ DiMera (Dan Feuerriegel). Could there be an unexpected twist that brings EJ and Sloan together? Keep reading to find out why these two characters might be perfect for each other.

DOOL spoilers for the week of January 23 reveal that Stefan DiMera’s (Brandon Barash) revenge scheme will ensnare an unintended victim. That victim is Nicole, who ends up drugged. While drugged, Nicole tells EJ that she wants to go to bed with him. It’s not known if EJ and Nicole actually do the deed or not, though.

While Nicole is trying to tempt EJ, Eric will be overwhelmed with grief. Marlena Evans (Deidre Hall) has died. It comes right after the shocking deaths of Kate Roberts (Lauren Koslow) and Kayla Johnson (Mary Beth Evans). Marlena was Eric’s mother and the two were extremely close.

It is confirmed that Eric turns to Sloan for comfort. However, don’t expect the two to become a couple. Sloan doesn’t impress Roman Brady (Josh Taylor) one bit, that’s for sure.

Days of Our Lives spoilers reveal that fans thought that Rafe Hernandez (Galen Gering) and Jada Hunter (Elia Cantu) finding out the truth would reunite “Ericole.” However, it seems that the situation just keeps getting more complicated for Eric and Nicole.

Despite everything that is happening, some fans believe that Eric and Nicole will still eventually get back together. So, where does that leave Rafe and Sloan?

There are hints that Rafe and Jada will end up together. As for Sloan, she could be a good match for EJ. Both characters are hyperfocused on revenge and plot elaborate schemes to get their way. Both have anger issues and don’t seem to care about collateral damage.

However, EJ does have feelings and a heart. Sloan must have a heart too. After all, she isn’t seeking revenge for herself but to get justice for her family. So that shows that Sloan loved her parents, which means she’s capable of having her heart softened by other people. Perhaps EJ and Sloan’s rageful pain will bond them together.

What do you think is going to happen with EJ and Sloan? Will they end up forming a connection? Will that open the door for Eric and Nicole to reunite? Share your thoughts and remember to keep watching the soap on Peacock to find out what happens next.

GH Spoilers: Cody Realizes He Knows Gladys — Will He Tell Sasha The Truth?