Y&R Spoilers: Phyllis Teams Up With Nikki For Revenge On Diane! 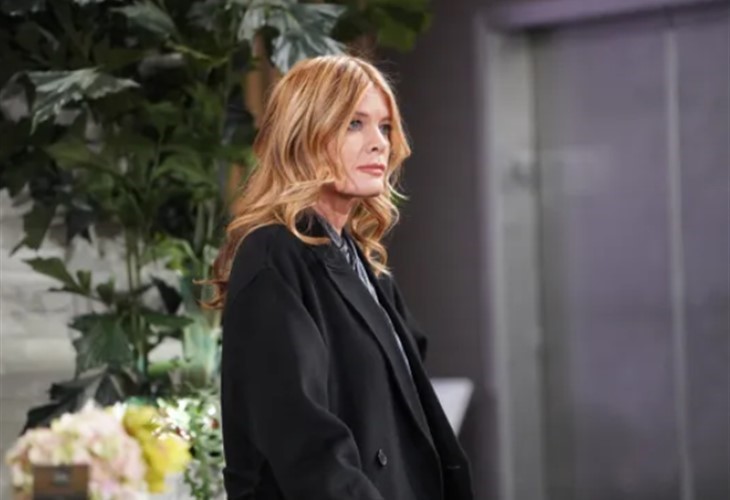 The Young and The Restless spoilers and updates tease that Phyllis Summers (Michelle Stafford) and Nikki Newman (Melody Thomas Scott) will team up! They want to get revenge on Diane Jenkins (Susan Walters) in an upcoming Y & R episode!

Phyllis blames Diane at least partially for her breakup with Jack Abbott (Peter Bergman) because she felt goaded into telling her she was marking her territory! Phyllis bragged about just having bedded Jack to Diane and longtime viewers will remember their rivalry over him went back years! They were rivals even before Kyle Abbott (Michael Mealor) or Summer Newman Abbott (Allison Lanier) were born and she wasn’t going to let Diane steal Jack!

Unfortunately, Jack came in and saw the argument and heard what Phyllis said to Diane about marking her territory. Jack felt used and made a great big deal about suspicious timing, that Phyllis didn’t want to move forward with him until Diane returned!

Amanda Sinclair (Mishael Morgan) the closest thing Phyllis has to a girlfriend these days will give her some good advice; she needs to acknowledge the mistakes she made. Phyllis will have a tiny piece of humble pie with her coffee this time and admit maybe she was responsible in a small way for Jack’s being turned off. Phyllis might call it protection from Diane, Jack calls it stirring up their years long rivalry over him, but Phyllis still blames Diane because she brings out her bad side! Jack will soon confirm that it’s the end of the road for himself and Phyllis, and will vow never to go down that road again!

Now, with nothing motivating her to be a good girl, Phyllis’ vindictive and manipulative side will come back out when she really wants revenge on Diane! She’ll want Diane to leave town for good, and she’ll find an unexpected ally in Nikki Newman-Nikki has as many reasons to want Diane gone as Phyllis has! Nikki and Phyllis have had their fair share of battles over the years but Diane is a common foe, and they team up to protect their loved ones!

Compared to Diane, Nikki thinks Phyllis is a saint, and both Nikki and Phyllis know how dangerous Diane could be for the safety of Summer and Harrison Locke (Kellen Enriquez)! Diane is just as dangerous when it comes to Kyle, and they can already see he’s falling for his mother’s lies!

Y & R Spoilers – Gotta Hit Her Where It Hurts!

Nikki and Phyllis know that the one sure way to make Diane leave Genoa City forever is to turn Kyle against her! That may seem like a monumental task, but Nikki and Phyllis will plot to push her buttons in front of him so the real Diane will come out! Summer is already distrustful of Diane and fiercely protective of both Kyle and Harrison; so she’s team “drive Diane out of town” too! They will band together to prove to Kyle that his mother is a threat to his safety, as well as his family’s, and that should take care of the problem of Diane!